Fringes: Life on the Edge of Professional Rugby 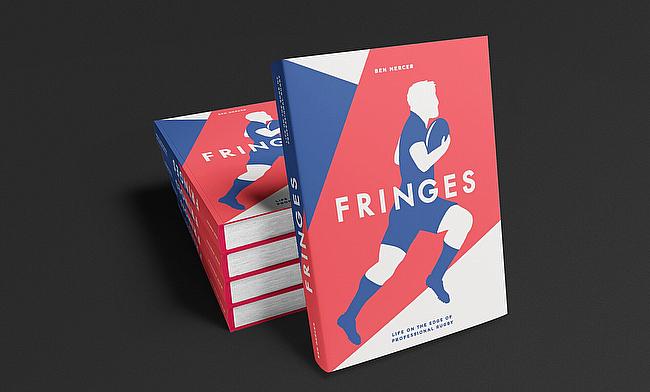 This is an extract from Ben Mercer’s book Fringes: Life on the Edge of Professional Rugby where he discusses why forging a career in rugby isn’t as straightforward as it may seem – reflecting on his own experiences.

Ben, who is a regular contributor to TRU, invites you to witness life at the outer edges of professional rugby and offers a first-hand account of what it is like in the lower reaches of the sport.

There's no ghostwriting, it's an unmitigated meditation on how it feels and what it means to play rugby for a living, to dedicate yourself to an uncompromising but occasionally beautiful game.

If you've wanted to know what life is really like as a professional athlete, on the Fringes, away from the glitz and glamour of the international game, then look no further.

Rugby is not a good career path

Rugby is not a good option as a career path. Even if you avoid serious injury, your career will be over in your thirties and the average Premiership salary is about £150,000 a year. There are only 500 or so of these contracts, making getting one extremely competitive, and I’d wager that this average salary is heavily skewed by the top end of the market where some guys will be receiving up to half a million pounds per season for their efforts. A select few are now getting more than that.

There is also the matter of your position. If each team had 4 players in each position then you need to be in the top 50 players in yours to get a deal. With hundreds of thousands of registered players in the UK, as well as talented foreign players being readily available, the odds are not in your favour.

Last month, @wherebenmercer2 highlighted some current problems surrounding the Championship and in his latest in-depth piece focusing on the second tier, he has outlined some 'possible' solutions...#ChampRugbyhttps://t.co/seZjchWjxL pic.twitter.com/oPPh7pjHrQ

The Championship is far less well remunerated while offering you little to no job security. Most deals are one year long and are liable to be snatched away from you if injury suddenly makes you unavailable for any substantial length of time. As an outside back in my mid-twenties, I was no longer a ‘young’ player but almost a mid-career professional and unless something changed for me quickly, my youthful dreams of the top level of the sport would remain just that.

Demographics are against you in rugby and securing a contract in the Championship that pays you a liveable wage is no mean feat. Extending the statistics quoted above means that you’re probably in the top 100 players in your position in the country if you’re playing in the Championship, yet this is not enough to guarantee a living. Many contracts are less than £20,000 a year while some are as little as £6,000. You can be in the top 100 in your profession and feel like a failure. I’d tended to earn reasonably in the Championship through incentivised contracts and keeping my living costs down but I by no means felt like I’d ‘made it’; to me that meant getting to and staying in the top division, with all the advantages that that brings.

I’d not enjoyed my time at the Pirates; accumulated fatigue and a raft of players and coaches moving on had disrupted one of the more exciting teams to play for over the previous few seasons. This French offer had come out of the blue, when I’d been seriously questioning for the first time whether professional rugby was a sensible choice for me anymore.

Essentially my options were go to France, find another RFU Championship contract or consider whether playing rugby any longer was a sustainable option.

Choosing to take a leap into the unknown, I packed two bags, made sure I had my boots and gum shield and caught a flight to Paris.