France make one change for clash against Italy 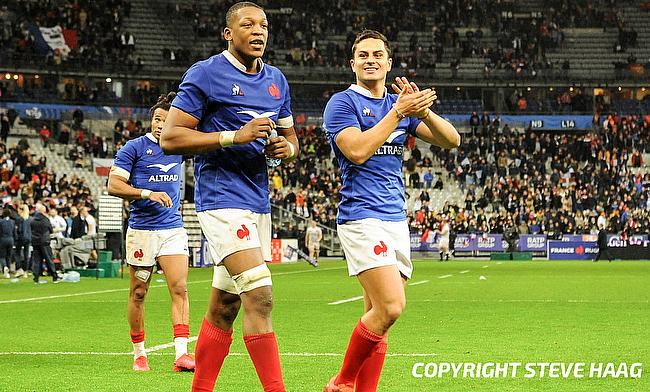 Arthur Vincent (right) will start at outside centre
©Steve Haag

France head coach Fabien Galthie has made one change for the second round of the Six Nations clash against Italy to be played in Paris on Sunday.

With Virimi Vakatawa injured and ruled out of the game, Arthur Vincent gains a promotion from the bench to be slotted at outside centre and partners with Gael Fickou.

Vincent's place on the bench is taken by Romain Taofifenua as Galthie has strengthened the forward options for the clash against Azzurri. Fullback Kylan Hamdaoui has been ruled out of the encounter with an ankle injury.

Following their 24-17 win over England, France are positioned second in the Six Nations table with four points while Italy are yet to win the game in the competition since their last victory that came in 2015.