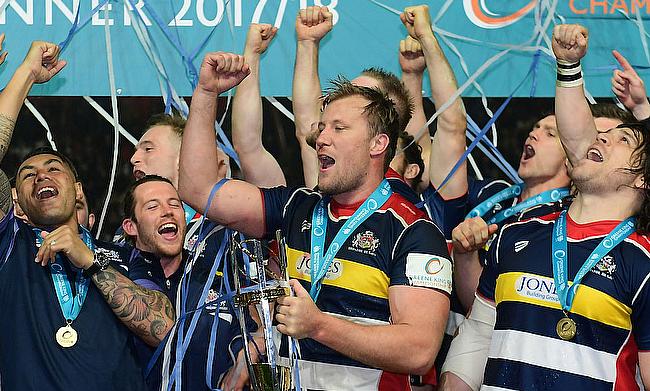 Former England international Jordan Crane has announced that he will quit professional rugby at the end of the 2019/20 season.

Crane is currently part of the Bristol Bears which he joined in 2016 and captained them to promotion in the 2017/18 season of Championship and also guided them to a ninth-place finish in the 2018/19 season of the Gallagher Premiership.

The 33-year-old will play the 2019/20 season alongside a new academy transition coach role.

Bristol Bears Director of Rugby Pat Lam is confident that Crane has all the credentials to be a 'world-class' coach.

“When you are wanting our young players to understand our Bears game, culture and leadership and what is required at the next level I couldn’t think of a perfect fit to help guide them than Jordan [Crane],” said Lam to the official website of the club.

"Jordan has all the ingredients to be a world class English coach and we are excited about the value he will add to our U18s and Academy programme.

"He is an outstanding leader who’s respected by the coaches and players and he understands the importance of standards, commitment and consistency in everything we do.”

Crane made his England debut in 2008 and has featured in three Tests with his last appearance coming during the November series in 2009 but has racked up 197 games in the Premiership spread across three clubs Yorkshire Carnegie, Leicester Tigers and Bristol Bears.

“When I reflect back on the last 16 years, I’ve been so fortunate to meet many great friends and share the field with some of the most talented players to play the game.

“The chance to represent my country and achieve domestic success with Leicester are obvious highlights and I’ve loved the past two seasons working with Pat Lam, where I’ve played some of the best rugby of my career.

“I’m fully committed to Bristol Bears and excited about the future ahead. I’m grateful for the opportunity to continue here and begin my coaching journey in a world-class coaching set up. My family love living in the area and we feel very settled."