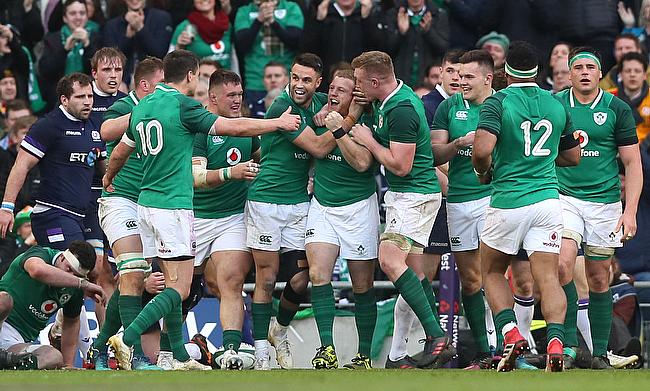 The fixtures for the postponed games of the 2020 Six Nations tournament has been unveiled with the matches set to take place at end of October.

The tournament will resume with Ireland taking on Italy at Aviva Stadium on 24th October which was the only game from fourth round postponed following the outbreak of Covid-19.

The fifth round matches that includes Wales' clash against Scotland, Italy's encounter against England and Ireland-France match will take place on 31st October as per the recommendations made by the World Rugby earlier.

As the Principality Stadium will not be available to host Wales' game against Gregor Townsend's men, a new venue will be named in due course as per the statement released by Six Nations.

"While the past few months have been extremely challenging, we have always remained hopeful of concluding this year's tournament and we are really looking forward to the final games in the men's and women's championships.

"There is still so much to play for, and we are hugely excited for what lies ahead.

"Public health remains the number one priority and while we must continue to be vigilant and cognisant of the dynamic and fast changing external environment, we are nonetheless extremely pleased to be moving in the right direction."

Meanwhile, the Women's Six Nations tournament will be played on weekends of 24th October, 31st October and 5th December.