Five changes for Scotland for final round clash against Italy 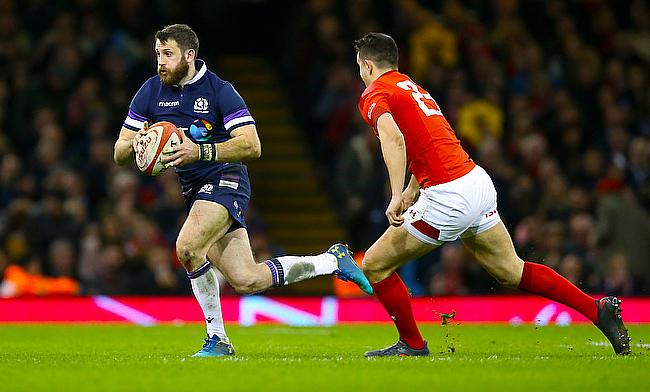 Scotland head coach Gregor Townsend has made five changes for the Six Nations Championship final round clash against Italy to be played at Stadio Olimpico on Saturday.

Blair Kinghorn, who scored a try on his first start for Scotland makes way for Tommy Seymour, who has recovered from his back injury while Glasgow centre Nick Grigg will make his start in the tournament over Peter Horne. Both Kinghorn and Horne are named among the replacements.

Hooker Fraser Brown, prop Willem Nel and lock Tim Swinson also earn promotion from the bench taking the places of Stuart McInally, Simon Berghan and Grant Gilchrist. Richie Gray and Zander Fagerson also are named on the bench as Scotland aim to end the tournament on a high.

"We've had a deeper look at the Ireland game, where we performed well in areas that will have to be better this weekend," said Townsend.

"There were a number of positives in how we took the game to Ireland in attack and defence but this didn't lead to us scoring enough points to win the game.

"We've been pleased with how the players have responded to last week's disappointment, with the energy they have brought to training and a determination to improve our performance in our final match.

"Playing Italy will be a very tough game - it always has been for any Scotland side. We are ready for the challenge and have an experienced group of players working hard to finish our campaign with a positive performance and result."

Scotland are positioned fifth in the Championship table after winning and losing two games apiece.