Scotland are on right path to success feels Stuart Hogg 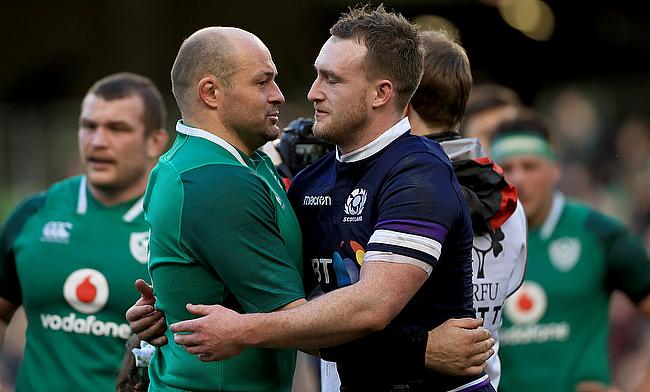 Fullback Stuart Hogg believes Scotland are moving in the right direction despite mixed results in the ongoing Six Nations Championship.

Scotland had an impressive autumn international campaign with 44-38 win over Samoa and 53-24 victory over Australia and even came close to outplaying the World Champions New Zealand but went on to lose by just five points.

However, they could not quite maintain the consistency in the ongoing Six Nations which started with a shocking 34-7 defeat to Wales followed by wins against France and England. Just as they felt they had the momentum, the Dark Blues were defeated 28-8 by Ireland in the previous round that has seen them slip to the sixth position in World Rugby Rankings behind South Africa.

A win against Italy on Saturday will see Scotland finish the tournament with three victories from five games but Hogg believes the team can achieve greater heights going forward.

“I think we have done incredibly well over the last couple of years,” the Glasgow man said. “It takes time to build a good team.

“We are getting there, but we’re nowhere near the finished article.

“I’m actually really, really excited to see where this squad can go; we have some fantastic individuals and we’re playing well collectively as well.

“For us, we have no excuses not to improve and I’m excited to see how far we can go.”

The last three years Scotland travelled to Rome they emerged victorious while they are currently on a four-match winning streak against Italy that includes a win in Singapore last year.

Another defeat for Italy will see them end the tournament at the bottom for the third consecutive time but Hogg does not want to write them off especially with the game being played at their own backyard.

“We know we are more than capable of going across to Rome and getting a good victory,” he said.

“For us we’re just looking to get the win. We know we’re more than capable of scoring tries and getting good points on the board, but it’s not going to be easy playing international rugby.

“Italy are a quality team and always improving.

“It’s a hostile crowd and will be difficult for us, but if we concentrate and execute what we know we can, I’m more than confident we can get that win.

“They’re like every team at home, they’re a different animal.

“Defensively we will have to be on the money and take our opportunities in attack.”