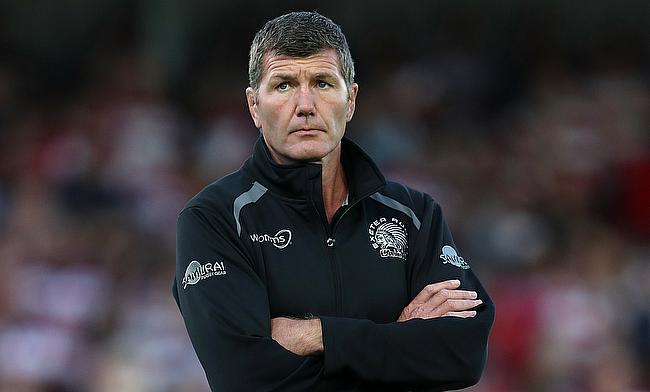 The 23-year-old represented England Under 18 and Under 20 sides and was part of the 2019 Junior World Cup squad where he slotted all 24 kicks attempted. He was called as an apprentice player by England coach Eddie Jones ahead of the 2020 Six Nations tournament.

He will now join the likes of Jonny Gray, Sam Hidalgo-Clyne, Aaron Hinkley and Corey Baldwin in the list of fresh signings made by the club.

"I know a few of the boys at Exeter already from being in the England U20s set-up - and Will Witty was at the Falcons as well," said Hodge said in a statement released by the club. "That will certainly make settling in a bit easier.

"As for the move itself, I'm over the moon and very excited to be joining the Chiefs. They are a club who are at the top of their game, they've got some great players and a really good coaching team. I like the way they play, it's a very expansive game, and you've seen over the years how they help develop and bring through young players.

"It's a big move for me, but it's definitely one that I am looking forward to. I also have to thank everyone at Newcastle for everything they have done for me over the years.

"I was a fairly late developer in terms of rugby, but they gave me my opportunity and I will always be grateful for the chance they gave me."

Exeter Chiefs currently hold the top place in the Premiership when the tournament was suspended in March due to the pandemic coronavirus and is expected to resume on 15th August.