Exclusive: Tom Emery on the London Royals and England Sevens 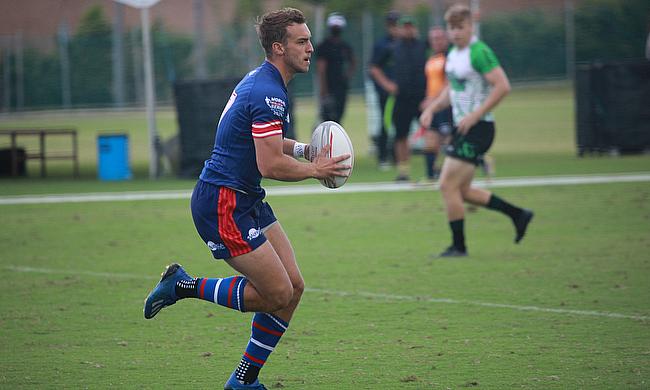 Tom Emery’s rise to the top of the sevens world was a quick one.

Having been a part of the Northampton Saints Academy, he received his first call-up to the national sevens side for in 2019 for the London leg of the World Series. Impressing hugely in that tournament, Emery soon became a full-time member of Simon Amor and James Rodwell’s squad.

Over the first lockdown, it became known that the RFU would be indefinitely putting a hold on the England Sevens programme with players effectively becoming unemployed at the end of August. It left their Olympic aspirations up in the air after helping to qualify Team GB  for the Games following competitions in Colomiers and Kazan.

England’s players had formed the basis of Team GB in 2016, the men winning a silver medal in Rio de Janeiro, whilst both the men and women gathered bronze for Team England at the 2018 Commonwealth Games on the Gold Coast.

Many of the female athletes have been able to find refuge in the Allianz Premier 15s, settling into life extremely well in the women’s top-flight. For the men, opportunities have been few and far between, with several members of the team turning to full-time work as a way of supporting their sporting ambitions.

Ben Harris and Dan Norton were two of those to find themselves a place in a 15-a-side setup, each of them scoring tries for Saracens and London Irish in the Gallagher Premiership.

“With people like Ben Harris going off to Saracens and doing really well on his debut, scoring a try and I know (Dan) Norton scored a try as well with London Irish, it proves that the guys at the sevens aren’t just sevens players,” Emery said.

?? Further reaction w/ @benharris709 after a try on his Saracens debut.

?? "It was good to have a nice buzz around the pitch, that's something I've not had for a long time." ??#TogetherSaracens ???? pic.twitter.com/NgtJHAl0lR

“It proves that the skillset is transferrable and that puts us in the window for people to look at and say that sevens isn’t just a niche sport. I have actually signed a contract with Coventry for next season, so I am looking forward to getting back into it there as well.

“Unlike some of the guys from the sevens who haven’t been able to find 15’s contracts, I feel very lucky to have been given that opportunity. It is a double-edged sword in that I really enjoyed the year and a half I have spent in the sevens and I want to push for an Olympic spot, but that has been taken away from us for now.”

It will actually be a return to Butts Park for Emery, who spent time in the Championship with the club whilst still attached to Northampton in the 2018/19 season. The time with Coventry was part of a series of dual registrations during his time at Franklin’s Gardens, all with the ultimate aim of player development.

Now 22, Emery had been part of the Saints A-League side, the Wanderers, from 2016 and was sent to Leicester Lions for his first taste of men’s rugby. That spell, along with time at Cambridge in National One, helped the scrum-half form a positive mindset when embracing new experiences.

“My loan periods whilst I was at Saints kind of taught me to build a bit of resilience about myself both on and off the pitch,” Emery said. “I had a few injuries here and there, a few setbacks, but playing men’s rugby for the first time, it was just about building resilience.

“Then moving to the sevens, playing on the World Series for the first time, actually being quite lucky to play at Twickenham for my first tournament, I felt lucky and that sense of feeling lucky made me want to enjoy it even more and I was more appreciative of the opportunities.

We did a thing... Make sure you are watching this weekend to see if we can secure the last cup of the series! Live stream via the World Tens Series YouTube channel. #TWS2020 #RugbyinParadise

“The overriding feeling that came from sevens was the enjoyment of it and learning from guys like Tom Mitchell and Dan Norton but also enjoying every moment, enjoying the fact that we are travelling the world and making the most of every little detail.”

Having not played a competitive match since representing England in Vancouver back in March, Emery and several of his England Sevens teammates have made the journey to Bermuda to get some game time under their belts as the long countdown to Tokyo 2021 continues.

All of them have represented the London Royals and they won the World Tens Series league competition across two weekends, showing to many why they should be kept in a professional environment.

Recently, TRU heard from Alex Davis about the Pledge Sports page that the players have started to support their ambitions and have so far received £16,325.

Using their skills honed on the World Series, Emery believes that it is their ability in sevens that has allowed them to lift a trophy last weekend.

“We got together as a squad and said we’re built on a base of sevens players and then we do have 15’s players around it, but we said that we wanted to play to that kind of strength,” Emery said. “We like to think that we are a team that will play a bit of rugby, move the ball around and move teams around.

“But that sevens skillset of identifying space, that ability to beat players one on one has definitely put us in good stead and I think added to how we ended up winning the trophy over the last two weekends.”

This weekend will be a different challenge for all the teams on the World Tens Series. In a knockout cup competition, Emery and the rest of the Royals will watch the other six teams on the Series battle it out in the quarter-finals, as their league win means they get an automatic place in the semi-finals where they will play one of the Miami Sun or Ohio Aviators.

JOIN US tomorrow for the #WorldTensSeries knockout WTS Cup. ??

Having won the league, the London Royals have a bye to the semis.

After the best part of a month spent in Bermuda with his new teammates, Emery is determined to make the most of the knockout competition, not knowing when he could be playing with his England teammates again, or his new acquaintances.

“It is really exciting,” Emery said. “Not just to be playing with those guys who I have played with in the sevens for a year and a half, but these guys I met just over three weeks ago now for the first time and being together in a hotel, having to isolate together and stuff.

“We have got really close and we have just had a meeting where we were talking about our personal lives and our stories. So, I feel as though we have got a really bond as a team, so I am really looking forward to going out there this weekend, knowing what we do well, knowing what hasn’t gone well and putting what we have worked on in training into the finale at the weekend.”