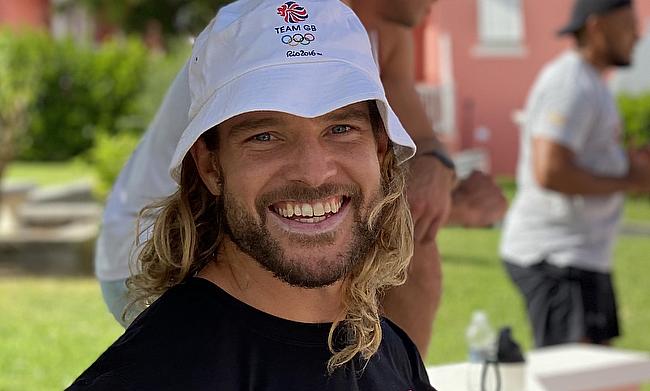 As Tom Mitchell picked up the phone, the wind was instantly deafening. The captain of England’s Sevens side was on the lookout for shelter, with Hurricane Epsilon passing by Bermuda.

It has been nearly eight months since the Oxford Blue last picked up a rugby ball in anger when England finished fifth overall in Vancouver. In the weeks that followed, Mitchell and his teammates would find themselves confined to their own four walls with the notion of travelling to the far side of the world almost preposterous due to Covid-19.

In that time, the England Sevens programme has been pulled indefinitely and Mitchell and his colleagues have turned to self-funding their international ambitions.

However, the World Tens Series is a new venture for the Olympic medallist and the competition has branded itself as the IPL of rugby, promising some exciting action.

Mitchell will be playing for the London Royals alongside many of his England Sevens teammates with the likes of Dan Norton, Alex Davis and Rich de Carpentier all recruited for the tournament in Bermuda.

“It was nice timing as we have been deprived of rugby for a while now,” Mitchell told TRU. “A couple of guys played a little bit of club stuff in the meantime and the rest of us have just been training, trying to keep ourselves in good shape.

“So when the chance came to get out, play some rugby, in what will be a new format and a different challenge, it was brilliant timing for us. It is still rugby and there is a chance to get out there and get competitive again and have some fun doing what we love."

Our man @nickheathsport has headed to @CamBeachBermuda to catch the APDs and @LondonRoyals10s being put through their paces. Thanks for letting us take a look in @christombs71. #WTS2020 pic.twitter.com/6WpLOpSfKw

The game of rugby 10s is by no means a new format, having initially been developed in Malaysia in 1967. Made up of 10 minute halves and teams with a 50/50 split of forwards and backs, the World Tens Series has eight core teams, as well as some rather intriguing law variations.

There will be ‘conversion jeopardy’, meaning that a conversion for a try can be worth between one and five points depending on which zone the kicker chooses to make his attempt from. Games cannot end in a draw either, with a match play shoot-out set to be the decider if a fixture is in deadlock after 20 minutes.

Whilst the London Royals will have the most familiar names for English fans, there are other teams in the competition who have their own stars to shout about.

SX10 have Blitzbokke legend Cecil Afrika representing them and Miami Sun have recruited Canada’s leading try-scorer, DTH van der Merwe, who also hasn’t played rugby since early spring. The Rhinos have a variety of internationals amongst their squads, with Westcliff’s Jake Campey a familiar face.

Former London Irish man Bryce Campbell will be representing the Ohio Aviators, a side comprised entirely of Major League Rugby and US-based talent. Asia Pacific Dragons have a good mix of talent too, with Tonga international Kurt Morath perhaps being the most noticeable name in their line-up whilst Tana Umaga is their coach.

“Personally, I love new experiences, new adventures and this is certainly one of those,” Mitchell said. “It is a new tournament, a game with some slight nuances to the laws, different rules to what people are used to and all that is a great challenge.

“The obvious allure as well was coming out to Bermuda which was a nice bit of icing on top of the cake. I think as an and opportunity to play, it ticked a few of the boxes. It is great to be out here with a few of the other sevens guys as well.

“We are still looking to achieve things as a group in the future as sevens players, so for us to be able to get out, to be training together with some boys we don’t know, which has been great as well, has been awesome.”

Mitchell is hoping to attend his second Olympics next summer, having led Great Britain in 2016 to a silver medal. For now, his main challenge is lifting a trophy at the end of three weekends playing beneath the beating sun of Bermuda.

Over the phone it has become clear that the rain has begun to pour some meters away from Mitchell’s hideaway for the interview.

It has been quite a while since we have seen many of the stars in the Pacific, with Mitchell hoping to savour this opportunity that has been presented to him.

“You can’t sit around and do nothing for six months and then kick back into gear, you need to be keeping yourself going and that’s been a challenge,” Mitchell said. “During this period we have definitely learnt a lot about ourselves and the way things work, how to adapt.

“That is something we have certainly prided ourselves on in the England Sevens family anyway, and we are probably exercising some of those skills out here, which is pretty cool and I think these are times we will look back on when we are old and not playing the game anymore and think what great opportunities they were.”