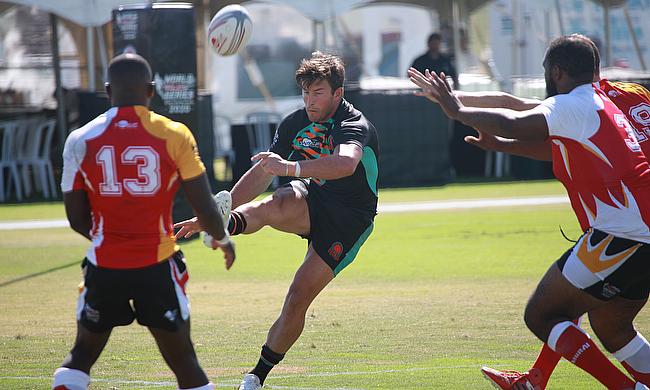 For the last 11 years of his life, DTH van der Merwe has been a standout performer in British rugby.

Bursting onto the scene at the 2007 Rugby World Cup, the Canadian's talents saw him join Saracens on a short-term deal. Making several appearances for the club, before an ankle injury that kept him out for over a year, the wing had clearly done enough to impress clubs in the top tiers of rugby in Europe and left Canada once more in 2009 to sign for the Glasgow Warriors.

It was in Scotland that the South Africa-born back was rightly highlighted as a truly world-class performer, becoming the club’s all-time top try scorer and a Pro 12 in 2015 winner. Leaving the side for Scarlets after that title, he would win the competition again in South Wales two years later, scoring a try from the bench in the Grand Final.

After a short spell with Newcastle in the Premiership, van der Merwe made his way back to Glasgow. Playing his last game in Scotland in February against Zebre at Scotstoun, the wing was released during lockdown and has even moved back to British Columbia ahead of his next chapter.

Now playing for the Miami Suns in Bermuda for the inaugural World Tens Series, last Sunday was the first taste of rugby for the 34-year-old for eight months.

“I was really nervous, I must say to a point where I was feeling nauseous and I might throw up and stuff!" van der Merwe said. "The nerves really got to me and part of it was the unknowns of the game, playing a different style of rugby and I can’t compare it to sevens because I haven’t played sevens for 12 years or something like that.

“I am just used to the 15s game and stuff like that was probably at the back of my mind. At the same time, it was an absolute stunner of a day here in Bermuda after they moved the tournament by a day for a would-be hurricane that never came. It was a brilliant day and it was quite exciting to get going again.”

What a special group to be part off!! @miami.sun.10 in @worldtensseries in Bermuda... doesn’t get much better than this!!!

Getting the invite to Bermuda thanks to the influence of Seattle’s Mat Turner, it came just four weeks into van der Merwe’s new job. Working for Brewis Electric in Victoria, BC, the 34-year-old has begun turning his mind to life after rugby.

Working for former Canada and World XV player, Mark Wyatt, there are several other capped players plying their trade with the former Glasgow man on a day to day basis.

Back living in Canada for the first time since 2009, van der Merwe has returned to his old club with the aim of keeping match fit for when he is able to play rugby at the highest level again.

“I have come back and eyeing up going to MLR,” van der Merwe said. “With this whole Covid thing, I am in Canada for a bit longer than I thought I would have been. I was in a bit of a limbo land and those were the conversations that I have had with people, asking what I should be doing during this time of nothingness for me as a player.

“I still have the opportunity to play, so I started training with my old rugby club, James Bay AA, which is the rugby club I left to go to Glasgow. One of my old teammates, Sean White, is the coach for them, another guy is Tony Healy who coached me back in ’06 and I said that I wanted to get out training.

“There is no contact and no games at the moment. There is actually talk about playing 10’s rugby, just so that people can get a bit of contact in and stuff, but Rugby Canada hold all those cards. It has been a challenge to try and get guys out to training on a Tuesday and Thursdays, especially with the weather getting colder and wetter.

“I don’t want to talk up my own backside, but by me going back, I have been able to get guys to return and younger guys want to come back because they want to learn something. After training, guys come and ask me different questions, whether it is to do with the game or getting contracts or whatever, I am always there to give a word of advice.”

Coached by former Bath and Rotherham player, Russell Earnshaw in Bermuda, the beaches and weather on the Atlantic island seem a world away when comparing it to Scotstoun all those months ago.

Playing alongside Canada teammate Josh Larsen for the Suns, van der Merwe says that he has enjoyed the nature of the World Tens Series so far, getting to meet plenty of players he wouldn’t otherwise have come across.

“This is a different environment because we are all here as invitational players, at different stages of our lives,” van der Merwe said. “I’m one of the older guys and I have most of my career behind me. There is a lot of young guys here that have their careers ahead of them. There are guys searching for contracts, there are guys for who these are the biggest games they have ever played in.

On Monday, the @WorldTens will recommence for its second round of action.

I got to speak to @westcliffrugby’s Jake Campey and @SeawolvesRugby’s @CimaBenjamin about playing out in Bermuda.

“That has been the biggest challenge and just the rugby knowledge of everyone is so different. We are here as invitational guys and we are here to have fun. Our biggest thing as the Miami Suns is just to have fun as a team and to be able to help each other and play as a team without knowing each other.

“I think every game we have played, we have got better, we have learned things. We have had to have some hard conversations because it is a fun tournament, it is not a league to get stressed about in the UK, so everyone’s expectations are different, but at the same time, you want to win and get better. I think we have really hit the nail on the head with doing that.”

With two more rounds of games to go, van der Merwe has nothing but praise for the whole competition. With so many MLR players involved, the World Tens Series is taking place at a time that would usually be a black hole in players’ calendars.

As a result, it is another opportunity for players competing in North America to play a high level of rugby whilst also committing more time to the sport as well as earning more money from the game.

“I think about how exciting this is to be here in Bermuda,” van der Merwe said. “I think it is a great new series and tournament. It has the potential to really help, especially North America because I think the idea is to play for four months of the year.

“So, if guys can have that opportunity to make a little bit more money away from an MLR contract, I can really see this taking off, especially when it is taking place in Bermuda or Miami or wherever it might be. It is exciting.”