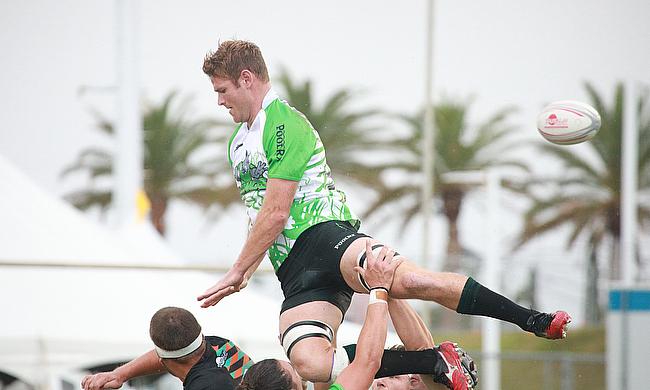 Scott the lot: “He is already very good - and the great thing for Scotland is that he can get even better”
Exclusive: Tom Mitchell - The great opportunity of the World Tens Series
Barbarians confirm squad for Quilter Cup clash against England
TRU's Premiership XV of the 19/20 season

Following a fascinating first round of the World Tens Series, TRU got on the phone again to two of the men that had a huge influence on the action.

It was the Rhinos that won the first round and Westcliff’s Jake Campey represented a side containing USA Eagle Mike Te’o, Rugby United New York’s William Leonard, New England’s Conor Kindregan and even more talent from across the globe.

Campey was invited to join the team thanks to his connections in North America, having represented the Dallas Reds in Texas before moving back to England where he would eventually wind up at Westcliff in National Two South.

“I think the only 10’s tournament I had ever played in before was a festival social tournament where the water bottles were filled up with beer and it wasn’t really taken too seriously,” Campey said.

“To come from that to this is a completely different ball game. You think it is going to be similar to sevens, but there is not as much space as you think, but there is still the same pace as sevens, the same physicality of 15s.

“It is incredible to play and everyone is dying for breath by about three, four minutes in, but the rolling subs have a great impact and the guys I have spoken to, that have seen it on the TV over the weekend, have said it has been brilliant and really entertaining.”

Before last Monday, Campey’s last involvement in a game of rugby was back in March when he played outside centre for Wescliff in a 16-10 win away against Old Albanian. It was the club's sixth win in National Two South following promotion to the fourth tier and the side looked to have settled well in the league.

As things stand, the National Leagues are due to restart in January, marking 10 months since the last game of community rugby took place. Having only returned to Westcliff to play in some touch tournaments, Campey says that the opportunity of going to Bermuda to play in the World Tens was too good to turn down.

“When you see the date get pushed back even further, it just seemed like we were never going to get back playing and I was very fortunate and very lucky to get this call and this opportunity, so when it came, I was quick to jump at it,” Campey said.

“We (Westcliff) were playing some good rugby, upsetting some quite big teams, I think we were only going to get better over the season and everyone was chomping at the bit to go again and pick up where we left off.

“It was a bit of an upsetting statement when they pushed it back to January. I think everyone’s heads just dropped and thought ‘what is the point of trying to do anything at the minute? Everything is so uncertain at the minute.”

Much like in the United Kingdom, rugby in North America has been at a relative standstill since Covid-19 made it to the continent’s shores.

Major League Rugby was stopped in its tracks following five weeks of fixtures and with the league not restarting until next March, there was the possibility that many MLR players would have gone a year without playing any form of competitive rugby.

However, nearly every team in the World Tens is littered with talent from the league with the Ohio Aviators even being coached by players that featured in MLR as recently as this year.

Representing the Seattle Seawolves, Ben Cima is enjoying his time with the Aviators, the fly-half proving influential for his side having knocked over conversion jeopardy five pointers for fun last weekend.

“I think after seven months of nothing, any form of rugby is awesome,” Cima said. “You don’t really realise how much you miss it until you actually can’t play for that long. I think that is the longest in 10 years that I have gone.

“I came into the tour having known maybe half of these guys. There is a lot of Canadian boys that I hadn’t met before and it has been really good being able to play with some of these guys that I have played against for the last three years.”

The Aviators are based on a Pro Rugby team from the first edition of professional rugby in America, with many of the players that represented the side in 2016 coming back to wear the shirt once more.

The best way to start a competition is with an emphatic win. @Ohio aviators10s The Ohio Aviators started their campaign with a convincing 26-0 win against the @phoenixrugby10 Phoenix Middle East Rugby Team. Look at this great conversion by @ben_cima Ben Cima to secure 5 points from a conversion. Stay tuned to The World Tens Series action. https://www.youtube.com/watch?v=WW9RYSVstow&feature=youtu.be #WorldTensSeries #WTS2020 #WTSBermuda2020 #EvolutionOfRugby #EveryMinuteMatters #PureRugby #NextLevelRugby #RugbyForTheFans

Fifteen of their 19 players are attached to MLR sides and several are even current internationals for the USA and Canada. It is a high-quality side, with Argentina-born Cima believing that the players’ drive to succeed is serving them well in the North Atlantic.

“Everyone here wants to win,” Cima said. “I don’t think you can get to this level without being a pretty competitive person, but I think everyone out here is just happy to be able to play again.

"I enjoy playing rugby a lot and it really is my passion, I am always pinching myself whenever I get to be on the field and playing.

“The first weekend, all the teams were still trying to figure stuff out. Playing a different version of rugby with all new players, trying to find our identity as a team and getting to know each other and how each other play.

“I think the first weekend, we got a good view of that and I think the second weekend, we are going to see a better quality of rugby and, perhaps, even more competitive games.”