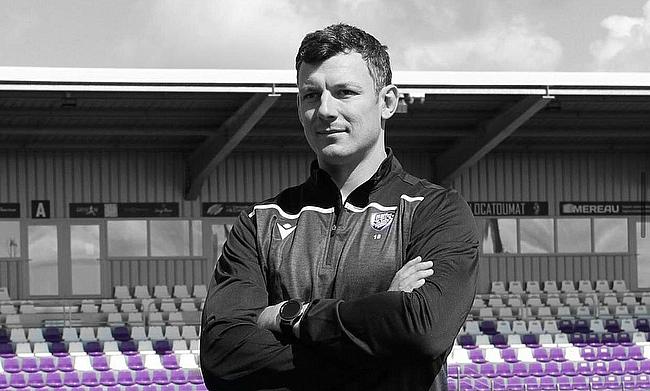 Newcastle Falcons sign centre Pete Lucock
Jordan Els: “When you hear about big clubs in England, you hear about Harlequins”
Saracens stars should benefit from playing in Championship - Mark McCall
Maks van Dyk signed by Harlequins for remainder of 2019/20 season

It has been some time since Robin Copeland pulled on the jerseys of Plymouth Albion and Rotherham.

Leaving England in 2012 for the Cardiff Blues as a 22-year-old, the versatile forward departed for Dublin to further his career as a professional rugby player.

Copeland is certainly a character. Videos of the player can be found online, dancing in a flash mob in Cardiff city centre to unveil the Blues’ new kit. Playing in Wales for two years before heading back to Ireland, he believes that his time in the Championship made him a more driven player.

“I think, the development of me as a player, it was huge to be able to play week in week out, to use things that I am good at, as best I can,” Copeland said. “I think it was incredibly beneficial to me at the time. I probably wasn’t mature enough at the Leinster Academy back in the day. I couldn’t picture my career path.

“Whereas, when I went to the Championship, I could see exactly how I was going to get there, the stepping stones I was going to use to get to where I wanted to get, and I was blessed with injuries. I played a lot of games and that definitely helped me achieve the goals that I achieved.”

Since February, it has been known that the Championship is going through a transition period. Following profound funding cuts, only six teams in the second division will be fully professional next season, a significant change to the landscape of professional rugby in this country.

Over the years we have seen former Championship sides fall down the English league ladder. Esher and Rotherham Titans now find themselves in National Two, whilst Plymouth Albion and Birmingham Moseley are in National 1.

Really enjoying @wherebenmercer2’s book #Fringes... much to the annoyance of the misses while I chuckle away to myself constantly! A really great read! ???? pic.twitter.com/ZKGdXUGzxl

Copeland has played for two of those sides that now find themselves in divisions three and four. There is plenty of speculation why the clubs have fallen to where they are now, with the idea that their funding has declined after some years of expenditure.

For many, including Copeland, the Championship is a viable pathway for players to develop further as it allows them to play as much rugby as possible in the hope that an elite team will pick them up. As a result, he believes that clubs may suffer because of players wanting to not only play the best rugby possible, but be adequately remunerated for their services too.

“The Championship is so competitive and it is so tough to build a core group of players in any squad because most players in the Championship want to move on,” Copeland said. “It is not like a senior club where you can build a really good career and earn really good money and stay in the same place. If you want to have a really successful career, you have got to move on.

“It is a stepping stone league and it is great for young players to develop and push on and make that step up. Also, I think, because there is not a lot of homegrown players at any of those clubs, they’ve got no loyalty to anywhere. If another club were offering five, 10 grand more, they will go. They haven’t grown up at that club, there is no real loyalties there, they see it as a career, a way of earning money and you have got to earn as much as you can in your career.

“It can be really tough for clubs to keep a good standard, stay at the highest level and financially, it can be tough for a Championship club to stay competitive when you have so many players chopping and changing. You are fighting for players, who if you give the right amount of money that you might not have, you are kind of screwed. That is just the nature of the league unfortunately.”

Speaking from his new home in France, Copeland is winding down his career with Soyaux Angouleme XV Charente. The Pro D2 side were only promoted to the competition in 2016, but have quickly become one of the league’s most consistent sides. Placed just outside the play-offs when the remainder of the league season was cancelled, they have added the likes of Copeland and former Bath back-row Jackson Willison to their ranks.

“I guess I have always wanted to come to France to play,” Copeland said. “I have played with a lot of guys who have played over here, and they have all said that they have loved it and it’d suit me. Obviously, the weather and the fact that France is one of the best places to live, it is a fairly obvious appeal.

“The chance to extend my career by playing, maybe a step down from where I was, but it is great to be able to come while I am still fresh and the body is in decent shape to try to build a bit of a culture here. It was an opportunity I couldn’t really afford to miss. I couldn’t ask for more really.”

Sexton, Murray out of Ireland's Six Nations game against France