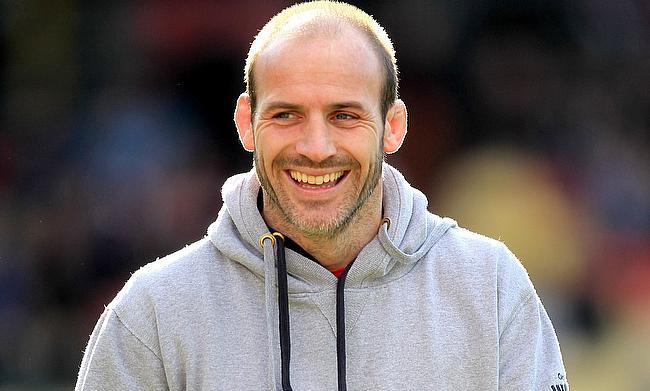 He may only have been playing rugby in England for less than two years, but one of Jordan Els’ ambitions has already been realised.

After leaving his native South Africa behind in 2018, the young prop moved to Ealing Trailfinders but due to the coronavirus pandemic, Els’ second season in the Championship came to a premature end.

However, whilst rugby has been at a standstill in the UK since March, the 23-year-old’s journey has continued after recently signing for Harlequins and the prospect of playing for a Premiership club is now his reality.

“Coming over to a Championship side like Ealing, there is only one place you want to go and that’s the Prem,” Els told TRU.

“That was realised over here because obviously my time in South Africa wasn’t that long. The club itself was really good for me. The whole set-up Ealing had was really good. They obviously brought out the player that I wanted to be and that has shown obviously by getting noticed by a Premiership club.”

?? Settling in to his new surroundings.

The forward came through the Sharks academy in Durban and after three years with the Super Rugby franchise, he made the choice to leave South Africa for the very first time in order to pursue his rugby career.

The prop certainly made an impact for Ealing during his time at Vallis Way and after impressing in the second tier, Els now finds himself preparing for the resumption of the Gallagher Premiership season.

“Coming over, I was obviously new and it was a new environment for me,” added Els. “It was good to get loads of game time. In terms of myself as a player, I was carrying more and doing more things that I should be doing so it was about me working on my personal things that I needed to do like ball carries and defensive work at Ealing.

“Obviously it [Harlequins] is a really well-known club. When you hear about big clubs in England, you hear about Harlequins. Playing in the Premiership is always something that I have wanted to achieve and Harlequins is where it has all started for me so I am really grateful for the opportunity I have got from them.”

After honing his skills in the second-tier, Quins seems to be the perfect fit for Els moving forward. Not only is the prop already enjoying working with former Wales international Adam Jones (Harlequins’ scrum coach) but he has also received high praise from his new Head of Rugby Paul Gustard.

Following Els’ signing, England’s former defence coach said the 23-year-old “was widely regarded as the best loosehead in the Championship” and the prop is enthusiastic about working with the Quins coaching staff and his new teammates.

On Gustard’s comments, Els said: “I have just got to live up to that stance now! It excites me. I have heard a lot from the lads that he [Gustard] does believe in a rotation policy so once I get that opportunity to prove myself, I am going to use it and go for it. It is about proving myself and showing him what I am worth as a player and showing that I am willing to give everything for the jersey.

“Adam is obviously a very experienced tighthead prop. Working with him, he definitely knows everything you need to know as a coach and as a player so he is keen to mould me to the best that I can be.”

Over the last month, Els has been able to settle into his new surroundings at Quins and having moved across West London from Ealing to Guilford, his focus is now purely on rugby.

Harlequins kick-off the Premiership restart next Friday night when they host Sale, a side which will contain some familiar faces for Els.

The Du Preez brothers, Rob, Jean-Luc and Dan are, like Els, former Sharks players and whilst the prop is looking forward to that element of the fixture, he is eager to be involved whenever the chance arises.

“I am available to carry on with Harlequins,” Els continued. “I started last month so I have just got to wait and see whether I am playing or not.