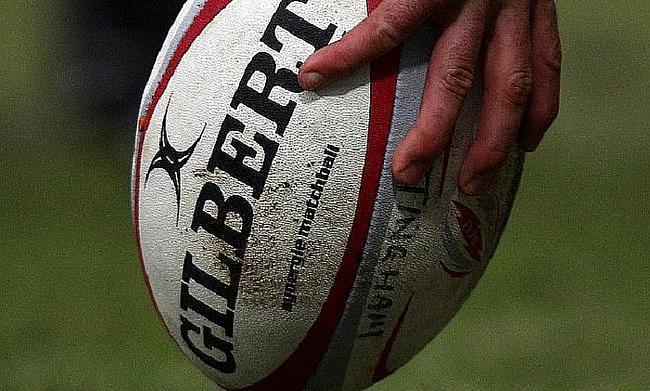 Exclusive: Nick Selway on playing in the National Leagues and London Scottish
Exclusive: Ricky Khan discusses London Scottish and being the only BAME coach in the Championship
Ealing Trailfinders set to resume contact training
James Williams: I’ve got a bit of unfinished business

“I am under no illusions that if you say the word change in any environment, people usually run as far away and as fast as possible.”

Edward Griffiths knows the road ahead will be long and winding, but over the last month, his proposal to revamp English rugby’s second tier has generated interest.

In the shadows of the Premiership’s restart in just 10 days time, talk of a new-look Championship has been one of the leading stories, with Saracens’ former chief executive heading up the plans.

Ultimately, Griffiths’ aim is to ‘find a role for the Championship’ and having received unanimous support from all second-tier clubs regarding the four key elements of his proposal, he has been able to have 'constructive’ meetings with the RFU and the 76-page document is also with every Premiership side.

Speaking exclusively on the Talking Rugby Union podcast, Griffiths said: “I am aware that these are fairly radical and fundamental changes proposed for English rugby.

“Just to be clear, we gave a detailed presentation to the Championship clubs at Harpenden Rugby Club a couple of weeks ago and what the Championship clubs did was overwhelmingly support the four core principles of the league which are to nurture the finest English rugby talent, to connect and strengthen the rugby community, to set a new standard in player welfare and to ensure financial stability and move towards self-sustainability.”

The former chief executive of South African Rugby will now continue his detailed consultation process with the relevant parties, including PRL.

Griffiths admitted some Premiership sides are ‘wary’ of some aspects of the proposal, most notably, the idea to close club academies and switch to six regional talent hubs based at universities across the country.

Each year, Premiership clubs would then be able to sign the best emerging talent in England through an NFL-style draft system and Griffiths thinks going down this route is vital for player development both on and off the field.

He added: “At the core of this proposal, is the idea of replacing the 13 current Premiership academies with six regional academies.

“We can discuss the merits of that, but I think it’s true that there are some clubs that will regard, rightly, that their academies have been very successful in the past and they will want to instinctively, and maybe emotionally, keep those academies.

“They will go into these Premiership club academies and just spend too much time holding tackle bags. What this proposal says is going to a regional academy will see you get enough game time, either by playing for a Championship club which is associated with that regional academy, by playing in BUCS Super Rugby which has come on in massive strides in recent years and will be further enhanced by this proposal, or by playing inter-academy matches.

Griffiths also listed five main benefits to Premiership clubs if they were to agree to this potential new proposal:

Championship clubs would also be asked to follow a minimum wage structure with no less than £600,000 available from 2020-21 for a 35-man squad. Twelve of those players will be from the academies and their salaries not included in the £600,000.

One of the other key components of Griffiths’ proposal is to pause promotion and relegation to and from the top-flight for four years.

Ring-fencing the Premiership is a debate which has rumbled on and whilst Griffiths understands the differing ambitions of the Championship clubs, he feels freezing promotion and relegation will enable a team, and the league, to sustain itself.

“Promotion and relegation engages the passions of people in rugby almost more than any other issue and I can completely understand why,” Griffiths continued.

Premiership: RFU considers ring-fencing top flight but it’s Ed Griffiths innovative plans for the a team-vamped North and South Championship that is the stand plan ?? https://t.co/tLSE4NQhWY

"Then we would have promotion and relegation by criteria and what that means is that each club can be assessed in terms of performance on the field, crowd attendances, financial resources, training ground and stadium infrastructure.

“If a club matched that criteria to be promoted then they could be and they would do so in such a way that they would get an even share of revenue when they got to the Premiership so they can be sustainable. We are proposing better and fairer promotion and relegation. We have got a situation at the moment where the Premiership clubs have moved away from the game and what we need to do is to try and rebuild those connections in a structured way.”

Griffiths now hopes to have ‘a firm and nailed down proposal’ by the end of August to present to the Championship clubs before taking any further steps, but he did not shy away from his vision for the second tier and the wider English game.

He added: “English rugby is much more than the England team and the 13 Premiership shareholders. There are thousands of clubs across the country and another element of this model is that the Championship assumes the role of ‘guardians of the game’ and ensures there are connections between all those who are interested in rugby, but also those who want to be interested in rugby and want to have an opportunity to join the game.

"The Championship has a pivotal role to play and it has a bright future to be a vibrant and competitive league which embodies the best of rugby traditions.

“So far, it’s been gratifying that people are opened-minded and pragmatic. Those discussions are continuing so we will see where they go.”