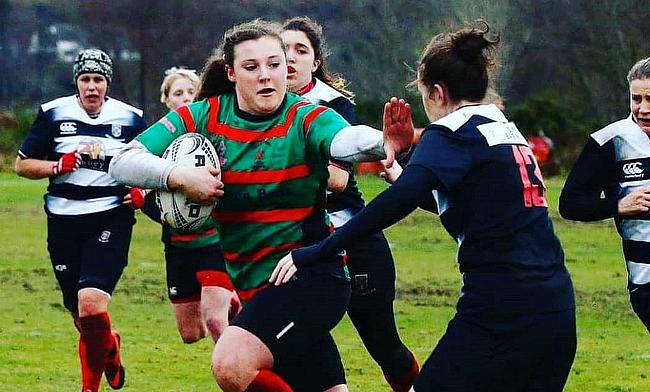 After two years earlier in her career playing for club side Oban Lorne, Erika Skofca admits “a wee bit of my heart will always be Scottish”.

However, now her full focus is on making the breakthrough with the Italy squad during this year’s Women’s Six Nations and beyond - and that could mean a potential appearance against the Scots this Sunday in the third round fixture in Legnano.

The 21-year-old has been converted into a loosehead prop in recent months and was on the bench for the Italians round one fixture against Wales.

“I grew up in a small town located in the north east of Italy and I have been playing rugby since I was 16, before that I was focused on ski competitions,” Skofca told TRU this week.

“I started thanks to my sister as she pushed me to try this sport. When I finished school I was looking for a new experience and my rugby coach at the time, Cesare Zambelli, helped me to get in touch with a rugby team in Scotland.

“Darrell Williams was the team manager of the Oban Lorne women’s team and was also the general manager of a hotel in Oban as well, so he gave me a job and helped me out with the shifts in order to let me train and play the games with the club.

“I fell in love with Scotland as soon as I got there! The people were lovely and Oban was just really beautiful.

Congratulations to Oban Lorne Ladies former player Erika Skofca who has been named in the Italian International squad for the upcoming 6 Nations! Erika grew from strength to strength with Oban Lorne and played her heart out for our ladies every single! #Internationalstar #oneclub pic.twitter.com/M7AQHJXfze

Skofca has moved back to Italy now and is playing for Valsugana Rugby Padova - “a really good team where lots of players are part of the national set-up as well” - and having played centre in Scotland she has been learning all about front-row play since September 2019.

“It has all happened quite fast with Italy, I was on the bench against Wales and then not involved against France, so hopefully I'll get the chance to play this Sunday,” she stated.

“If I do there is probably going to be mixed - and really strong - emotions.

“After two years in Scotland, I can say that a wee bit of my heart will always be Scottish.”

The club recently took to social media to congratulate Skofca on her international call-up, saying:  “A huge Congratulations to Oban Lorne former player Erika Skofca who has been named in the Italian International squad for the Six Nations.

“Erika grew from strength to strength with Oban Lorne and played her heart out for our ladies every single game over two seasons with the club - massive congratulations Erika, we knew you could do it.”

Since Scotland defeated Italy at Broadwood in the 2017 Six Nations they have lost three times to the Italians.

Two of those came in 2018 away from home in the competition and in an Autumn Test, but Scotland hooker Lana Skeldon believes they are a different beast on the road now.

I think, as a whole, we have developed as a group, they were difficult games back in 2018, but we still learnt things from them and I think now we have a much better mindset to take on any challenge that is thrown at us,” the 26-year-old, who is set to win her 40th cap at the weekend, said.

I think it is a massive opportunity for us this weekend to really show that with each game we are improving and that we are doing the things we are setting out to do.

“Nowadays we just treat every game the same, previously we have struggled away from home, but the way in which the training camps are set out now we are very much ‘ready to go’ when the game comes around wherever it may be.

“We were disappointed not to win in Ireland in round one, but performance wise we put down a marker.

“Against England it wasn’t perfect, but there we're things to take forward and, moving into this third game, we are ready to put all of the pieces of the puzzle together and get the result we are looking for.”