England stars return for Saracens in Premiership clash against Bath 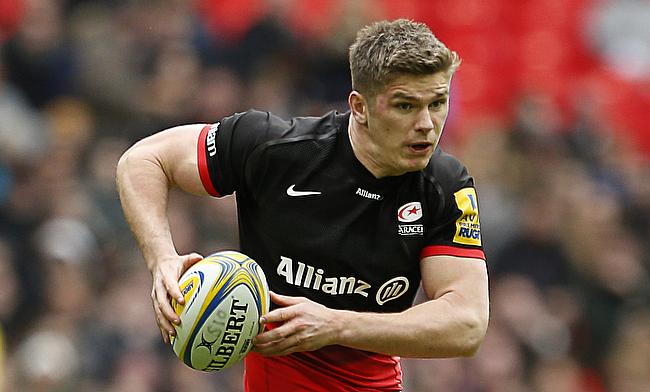 Youth and progression is a shining light for Saracens
Saracens bounce back in Champions Cup with 44-3 victory over Ospreys
Saracens players will be available for Six Nations - Mark McCall
How will the Saracens' fallout affect England's Six Nations chances?
EPCR fine Saracens for not making appearance during Champions Cup launch event

Saracens have received a much-needed boost ahead of their fifth-round clash of the Gallagher Premiership against Bath Rugby with England internationals making a return to the matchday squad.

Owen Farrell, who led England to the World Cup final starts at fly-half forming a halfback partnership with Richard Wigglesworth. Elliot Daly retains his place at fullback while Billy and Mako Vunipola start at number eight and hooker respectively.

Saracens were docked 35 points in the Premiership table for salary cap breach offence and as a result they are at the bottom of the table behind 11th placed Leicester Tigers by 26 points but director of rugby Mark McCall is confident of turning things around.

"On the field this year has gone really well," he said.

"If the table was different we would be third with 13 points from the four games with a bucketload of players who couldn't play because they were at the World Cup or senior players like Brad Barritt, Alex Goode and Michael Rhodes who were all injured.

"For us to win three out of four, and two away wins with that young side at Welford Road and Kingsholm, was fantastic. There are a lot of people who have been forced in there because of the injuries, like young Manu Vunipola.

"The seven weeks have gone really well and a lot of them know we are going to rotate extensively, so they are going to get perhaps more playing opportunities than they would have otherwise got."