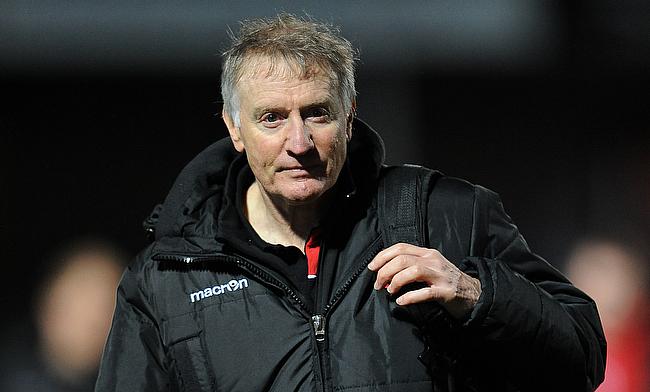 England international Ted Hill has committed his immediate future to Worcester Warriors after signing a new deal at least until 2022.

Hill is a product of Worcester Academy and made his first-team debut during the 2018/19 season of Premiership. Since then the 20-year-old has played 22 Premiership games scoring seven tries.

“Speaking to the owners and to Alan their vision matches up with each other. They have a plan of where they want to be and where they want to go. We are not there yet but we are definitely on the way,” Hill told the official website of the club.

“It’s a really exciting time to be at the club. We have a good Academy and it’s about developing home-grown players. It’s important to keep those guys signed up and to keep growing the club through our youth set-up.

“I’m honoured that the club have seen me as a key part of that and I am really pleased to be a part of it. But it’s not all about me, there is a lot of good young talent coming through and it’s about keeping those players and harnessing their abilities.”

Hill was called up to the England training squad in 2018 and made a solitary Test appearance that came in the November internationals last year against Japan.

Worcester Warriors director of rugby Alan Solomons is pleased to see Hill remaining with the club for another two years.

"Ted is recognised as one of the outstanding young players in England," said Solomons.

"He has already cemented his place in our starting XV and it is but a matter of time before he regularly features in the England team.

"Over and above his exceptional ability as a player he is a fantastic bloke and a great team man, who, I believe, will develop into an outstanding leader.

"To see a home-grown player of Ted's calibre decide his future lies with the club is a massive statement and ties in perfectly with our vision to develop Warriors through the medium of our young players."

Worcester Warriors are positioned seventh in the Gallagher Premiership table with two wins and defeats apiece from four games. They will now take on Sale Sharks at Sixways in the fifth round of the tournament on 30th November.