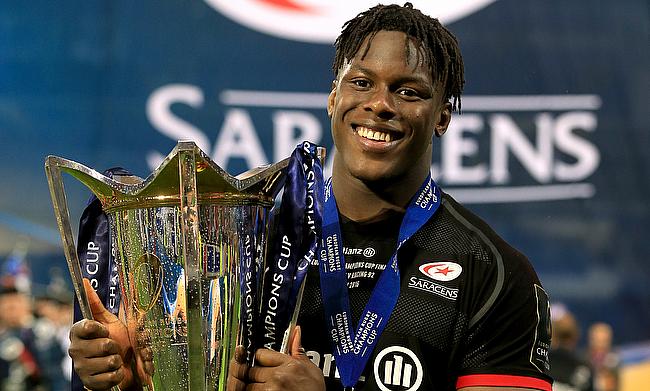 Maro Itoje has been a key member of Saracens squad
©PA

England international Maro Itoje will continue to be part of Saracens after signing a long-term contract.

He will now follow the likes of his England team-mates Owen Farrell, Jamie George, Elliot Daly and Mako and Billy Vunipola, who have committed to the club despite them facing relegation at the end of the ongoing season.

There were reports of Itoje being targetted by French clubs but the 25-year-old decided to extend his stay with Saracens to help them gain promotion back to the top tier.

The 6ft 5in lock has been with Saracens since his professional rugby debut in 2012 and has made 119 appearances for the club since then.

“I’m massively excited to be a part of this club,” Itoje said.

“I’ve been part of Saracens since I was 14-years-old, and we’ve had some great memories.

“The culture at Saracens is second to none and I think that’s evident for everyone to see.

“I’m really looking forward to the future; the future is going to be brighter than our past. The future is in our hands and we have the power to shape our own destiny.”

Itoje captained England to a Junior World Cup title in 2014 and has 38 Test appearances for England. He started in all five games in England's World Cup campaign last year and was part of British and Irish Lions in the 2017 tour of New Zealand where he played all three Tests.

“From his early days in our Academy, to being part of the club’s biggest moments, Maro has been a vital member of the Saracens project and we are thrilled he is committing to Saracens," said director of rugby Mark McCall.

“On and off the field, Maro is a diligent, professional and thoughtful individual, who sets the example of what it means to use every opportunity you are given to improve. At 25, it is very exciting to think where he can take his game, this team and our club in the future.”