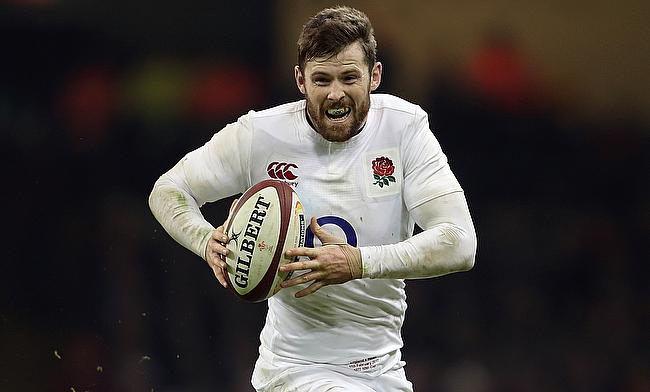 Daly joined Saracens in 2019 and had already expressed his decision to remain with the club in February despite them facing automatic relegation at the end of the ongoing season for a series of salary cap breaches.

Prior to his association with Wasps, the 27-year-old played for Wasps between 2010 an 2019 and featured in 137 Premiership games for them and also had a loan stint with London Scottish.

Daly played 43 times for England between 2016 and 2020 and was part of the World Cup campaign last year in Japan where the red rose team finished as finalist.

“I haven’t been here that long but I really feel part of the Saracens family, so it was an easy decision,” Daly said.

“I’m looking forward to the next three years. Hopefully we can do some special things.”

“We are thrilled that Elliot has committed his future to the club," said Saracens director of rugby Mark McCall.

“He has been a pleasure to work with in his short time with us and there is no doubt that he will have a significant role to play in the exciting years that lie ahead.

“Despite his many achievements on the field Elliot remains incredibly modest and is highly respected within the group.”