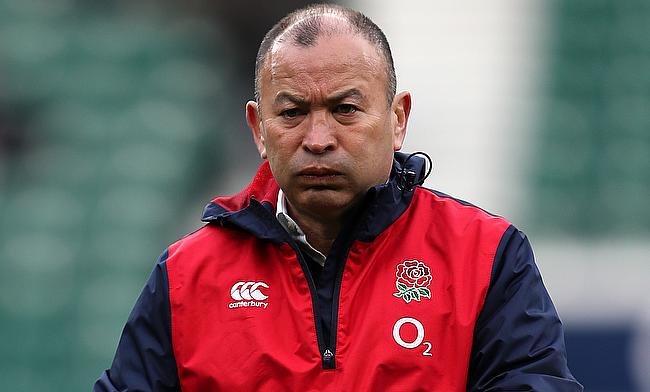 A trio of players released from the Red Rose training camp in Bath will be in action at Allianz Park on Saturday with Saracens hooker Jamie George and full-back Alex Goode and Northampton lock Courtney Lawes included in the starting XVs.

Of the trio, George and Lawes are the most likely to be included on England's bench for the visit of Warren Gatland's men to Twickenham on March 12.

Beyond the international implications of events in north London, the reigning and 2014 champions will collide with eight games of the regular season remaining.

"It is a big game against Sarries. It is always a big game - current champions versus former champions - so it will be good," Saints wing Ken Pisi said.

"We have won two out of three at Allianz Park - my first game there was a semi-final.

"We went to win, but we went and demolished them and hopefully that will be repeated on Saturday.

"Saracens at home are always tough. They have a good squad and we're not underestimating that, but we have a fair chance that we can pull out another win.

"Sometimes we have to grind out teams until the very end to get the win."

Wasps have propelled themselves back into title contention after piecing together a sequence of six straight victories that has lifted them to third in the table.

The Coventry-based club travel to Gloucester, who are also on the climb, and director of rugby Dai Young is using the example of last season to explain why he is refusing to get carried away.

"We've put together a good run over recent weeks and we certainly have momentum, but we're not getting ahead of ourselves," Young said.

"After 14 games last season we were in fourth place with 41 points and this season after 14 games we're third with 42 points, so we are in a very similar position to where we were last year.

"Unfortunately we fell away last year, so this year we've just got to keep our foot on the pedal. We haven't achieved anything yet and know there's still a lot of hard work to do.

"We all know how tough a place Kingsholm is to get a result and Gloucester are also in really good form. We'll need to be at our best if we are to keep our good run going."

Harlequins attempt to revive their play-off aspirations when they travel to Sale, while London Irish hope to give their survival bid a shot in the arm when they face Bath at the Recreation Ground.