Danny Care ruled out for eight weeks after ankle injury 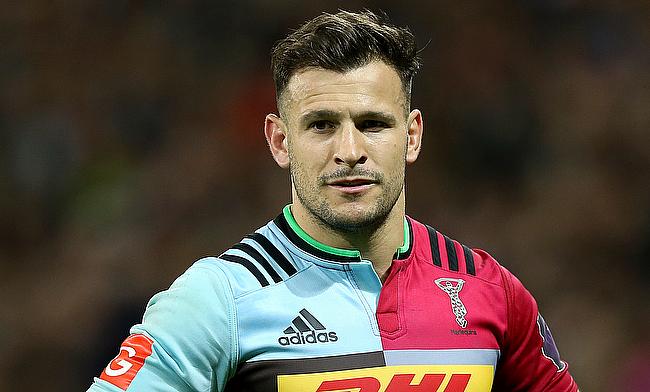 Harlequins have suffered a setback ahead of the 2019/20 season with England international Danny Care sidelined with an ankle injury.

The 5ft 8in scrum-half sustained the blow during the training and will now need to go under the knife to address the injury. As a result, Care will miss the Premiership Rugby Cup fixtures in September and the start of October while also missing out on the start of Gallagher Premiership.

“We are disappointed to lose ‘DC’ for this period, he’s a key member of the squad and a real talisman in our attack," said Harlequins director of rugby Paul Gustard.

"Although we won’t be able to utilise Danny’s talents on the field, we will be able to lean heavily on his experience and character off the field in different capacities to ensure he still has a full role to play in the start of our campaign.

“Although we are disappointed and Danny’s injury and imminent surgery means he won’t be able to play at the start of the season, it does gives other members of the squad more opportunity to play. Niall Saunders has been electric and one of our stand-outs in pre-season, Martin Landajo arrives in the next couple of weeks and will prove to be a terrific addition to our squad. Additionally, we have the services of Charlie Mulchrone for the duration of the Rugby World Cup period.

"The club will support ‘DC’ through his rehabilitation, and I am confident he will return faster than predicted and in excellent shape.”

Meanwhile, the club has also confirmed that Elia Elia has suffered a hamstring injury and is expected to be on the sidelines between six to eight weeks.