Chris Robshaw to remain captain for Harlequins in 2019/20 season 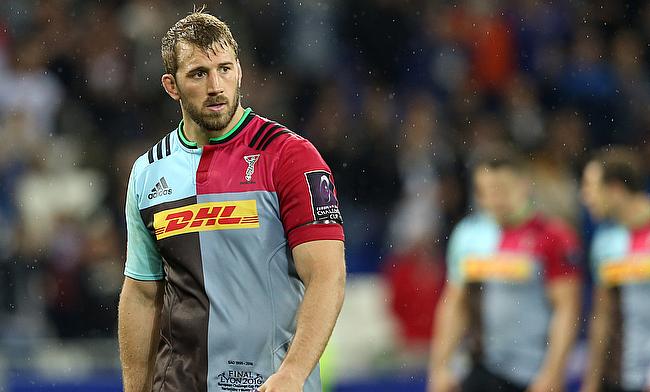 Harlequins have confirmed England international Chris Robshaw will continue to captain the Gallagher Premiership club for the 2019/20 season.

The 33-year-old has been with the Quins since 2005 and has gone on to make over 250 appearances for the club since then. He also enjoyed 2011/12 Premiership title with the club and is a two-time Premiership Player of the Year winner.

“It’s such an honour to be made captain of this prestigious Club for the season. I enjoyed the role previously and working with James Horwill last season was a brilliant experience," he said in a statement released by the club.

“We have a great group of lads here at Quins who are determined to improve on last season’s finish, so I can’t wait to lead them on and off the pitch.”

Harlequins Head of Rugby Paul Gustard said the decision to retain Robshaw as captain was a straightforward choice.

“We are delighted to confirm that Chris will continue his role as captain at Harlequins this coming season. He was a unanimous choice among the support staff and continues to be a very popular choice amongst the players.

"He did an excellent job last year and helped drive standards across the club that matched his own personal ambition and tenacity.

“When appointing a captain, I wanted someone who embraced the buzz, who could adapt and challenge and whom his teammates would follow and take inspiration from. There is no doubt that, with 66 England caps and 275 Harlequins appearances, in Chris we have that man.

"He continues to inspire everyone at the Club with his dedication, his endeavour, his talent and his humility. He is one of the most competitive people I have come across, never mind coached, and I believe he will help us build on some promising foundations last year with a squad that is excited to progress and willing to work exceptionally hard.