Cooper on form for Reds 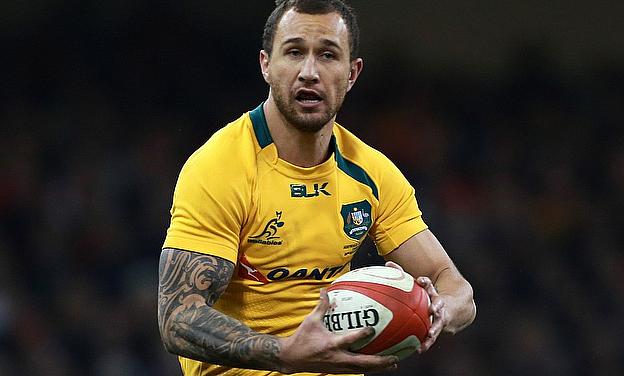 Chris Feauai-Sautia scored two tries while Quade Cooper added 18 points with the boot as the Reds claimed a hard-fought 43-33 victory over the Cheetahs in a pulsating Super Rugby encounter.

Feauai-Sautia was in the thick of the action from the off and his drive over the line led to the opening score, although it was a penalty try that was awarded as the ball was kicked out of the wing's hand by Rayno Benjamin, who was awarded a yellow card.

The Cheetahs, who were looking to bounce back from defeat to the Rebels last time out, responded in fine fashion, despite being reduced to 14 men.

They levelled through Francois Venter's try in the right corner before Boom Prinsloo intercepted a long Cooper pass to burst upfield and cross inbetween the posts.

But they were not ahead for long at Suncorp Stadium, with Davies managing to cross to ensure the scores were level at 14-14 inside the opening quarter of an hour.

Cooper and Johan Goosen, both of whom had added two conversions each, traded penalties before the latter added another after Feauai-Sautia had crossed for his first try.

Cooper failed to add the conversion to that try but added the extras when James Hanson fought off two defenders before touching down to give the Reds a 29-20 half-time lead.

Feauai-Sautia scored his second try in the right corner following Cooper's grubber either side of Goosen penalties, which kept the South African side in with a hope of victory.

Two penalties from Cooper took the Reds 14 points clear at 40-26 although Elgar Watts kept the visitors in the clash by crossing the whitewash before converting his own try six minutes from time.

But the Australian side held their nerve and Cooper's last-gasp penalty sealed victory.