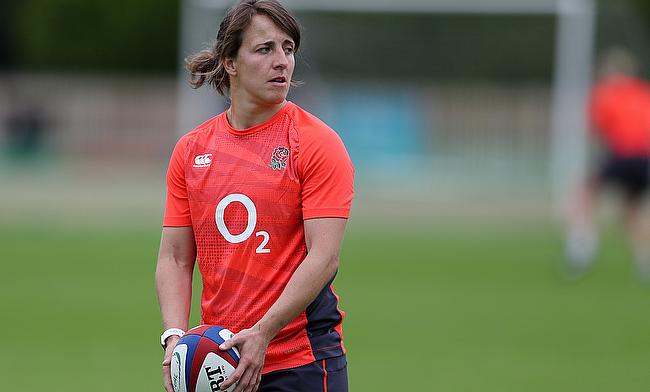 Fly-half Katy McLean insists that her team is motivated by the success achieved by the England Women's cricket and football teams as they bid to defend the Rugby World Cup title next month.

The England cricket team went on to beat India in the finals of the Women's World Cup at Lord's to win their fourth title while the female football team is set to take on Holland on 4th August in the semi-final of the Euro Cup.

The 31-year-old, who led the team to their first title in 20 years in 2014 said her team-mates are motivated by the success achieved by England women in sports.

"It's absolutely amazing," Mclean said. "The buzz from the cricket is definitely going to help us.

"Then you look at the footballers and them beating France to get to the semis - it's everything you want to see as a woman in sport, not just rugby.

"I remember being seven and my role model was Sally Gunnell because she was the only female athlete on TV.

"Now you've got cricketers, footballers, rugby players - and we want to follow them in inspiring the next generation of female players. It's phenomenal."

England are placed in Pool B along with Italy, the United States and Spain and McLean believes the success they achieved in 2014 will not matter much when they take the field this time around.

"It's not about retaining the trophy, you don't get any bonus points for winning it before," Mclean said.

"This tournament is a clean slate for everybody. There's 12 teams that are going to go out there and want to win it. It means nothing for us what happened in 2014."

Rugby Football Union has been facing a lot of criticism for their decision to not renew their contract for women's 15-a-side players but Mclean says the team does want to let the off field issues distract them.

"As players it's something we've known about for a while but the big focus is on the World Cup," Mclean said.

"I have to make sure as a group that's all we focus on. The best thing we can control is our performances and the first one is against Spain in 10 days time."