Cipriani proves his worth 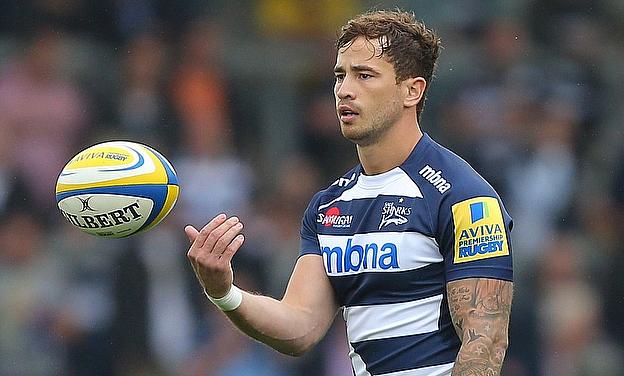 Sale director of rugby Steve Diamond paid tribute to Danny Cipriani after he helped to inspire his side to a 14-10 Aviva Premiership win over Saracens.

The 27-year-old fly-half this week signed a new two-year deal and was back on club duty following his involvement in England's RBS 6 Nations campaign.

Having turned down a lucrative offer from French champions Toulon, Cipriani was typically influential as two first-half tries from centre Sam Tuitupou and lock Jonathan Mills put the hosts in control.

Cipriani, who provided a brilliant short pass for Tuitupou's try, converted both tries to establish a 14-3 interval advantage over an ill-disciplined Saracens side, who lost openside flanker Jacques Burger and scrum-half Richard Wigglesworth to the sin-bin in the first half.

Diamond's men defended doggedly after the break but a last-minute try from replacement Richard Barrington secured the visitors a bonus point.

Cipriani is in his third season at Sale and keeping him at the club has delighted Diamond, who said: "Danny was given a simple question in December.

"He had to tell us by the end of February what he was doing and that was the only discussion we ever had.

"He rung me last week and said he was staying, so I was really delighted.

"He's a team player and I think he fits into our set-up well, plus he enjoys Manchester.

"His performances have come from his contentedness of living up here. He's ambitious and so are we as a club."

Cipriani, who said he was hoping to feature for England against Ireland in next week's Six Nations encounter, spoke of his delight at committing himself to Sale.

He said: "I've spoken to Dimes at length and he's had the go-ahead that we're going to invest, so these are exciting times.

"My decision was always going to take time and there were a various number of factors to consider.

"The thing that swayed it was obviously getting the opportunity to play for England but you look at the youngsters we have coming through here at Sale and it's exciting.

"It feels like me when I was younger and they're probably the most talented group in the Premiership - there are a good six of them.

"The Toulon offer was tempting because out of all the clubs in the world, Toulon does tempt you with the set-up.

"But I feel like we're really building something here and as a squad we're doing extremely well.

"We're going to invest for next season and, if we add to this squad, I think you'll see how powerful we can be."

Saracens at least went home with a bonus point but director of rugby Mark McCall admitted his men were off the pace in the first half.

He said: "Overall I'm really disappointed but particularly with that first-half performance.

"Sale were excellent, give them credit for that, but we were off our game in that first half and the two yellow cards didn't help.

"We weren't good enough in the first half but were a lot more professional in the second half.

"They defended brilliantly, though, but it was important to get a bonus point in what is a really competitive league."