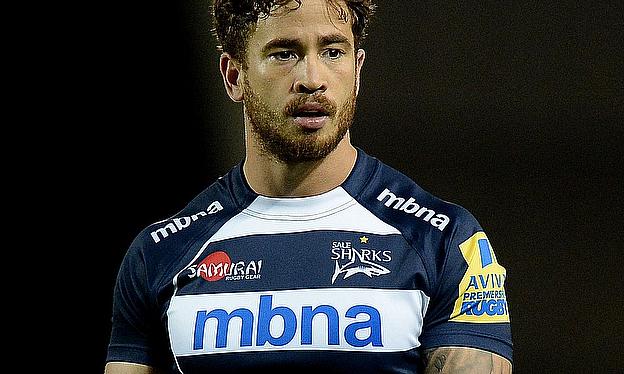 Sale expect Danny Cipriani to extend his stay with them
©PA

Sale expect Danny Cipriani to ignore the possibility of a move to Toulon and sign a new contract with them within days.

The 27-year-old is targeting a World Cup place and had he remained out of favour with England the prospect of a move to France's Top 14 would have increased.

Now Sale see Cipriani committing to them beyond this season, which is his third with the team and the last on his existing contract.

Sale director of rugby Steve Diamond told the Daily Telegraph: "It is not signed on the dotted line yet, but it will be over the next three to four days. We are very close to agreeing terms as we speak. We are just crossing the T's and dotting the I's over Danny's career at Sale.

"I have confirmed to him that we are ambitious and want to be more than a top-six side over the next few years and he believes in that, believes in what we are doing and the crowds are building as we want them to. There's a lot of conjecture about what other clubs spend, but what we spend is linked to what comes through the gate. If we can continue to get 8,500 and 10,000 crowds then we can be ambitious as the rest and that's what Danny wanted to hear."

Cipriani joined Sale from the Melbourne Rebels and earned an England recall last summer for the tour of New Zealand, in which he made two appearances to take his caps haul to nine. He was not selected for the autumn internationals, however.

Diamond said Cipriani should consider a move to Toulon "in three years' time", adding: "To a certain extent it is good to be a big fish in a small pond rather than joining Toulon where you are a Harlem Globetrotter."