Cueto retires at the end of the season 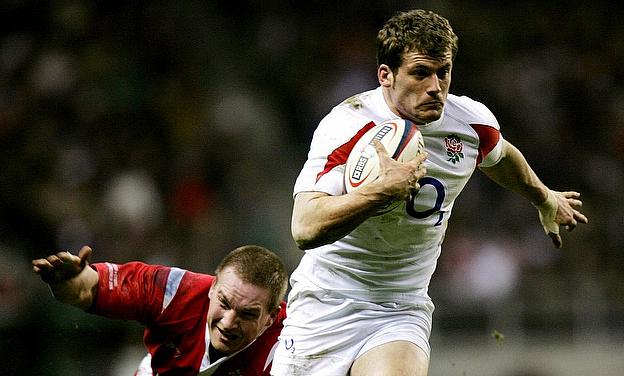 Former England and British and Irish Lions winger Mark Cueto will bring his 14-year playing career to an end this season.

The long-serving Sale player, who turned 35 on Boxing Day, announced his decision at a press conference at the Sharks' training ground in Manchester on Wednesday.

"The time has finally come to end my career and I would like to thank the owners, the coaches, backroom staff and the office staff who down the years have helped me in my career," Cueto said.

"When I made my debut at Bristol back in 2001, I could hardly have dreamed that I would play for Sale Sharks for 14 seasons, represented my country all over the world and played with and against some of the all-time greats."

Cueto has so far made 294 appearances for Sale and is the all-time leading tryscorer in Aviva Premiership history with 87 tries, having overtaken former Sharks team-mate Steve Hanley's previous best of 75 in 2013.

He scored 20 tries in 55 appearances for England, including the World Cups of 2007 and 2011, and toured with the Lions in 2005, playing in the final Test against New Zealand.

Cueto will remain with Sale as part of the club's commercial department and will become their first ambassador.

Sale chief executive Jonny Kennedy said: "Mark has been an outstanding player for the club throughout his career.

"A professional sports club rarely experience having the pleasure of retaining a player for their entire career so I'd like to thank Mark for his sterling commitment for the last 14 years.

"His commitment to both club and country are an inspiration to all and are values that will greatly assist him in his business career.

"I'm delighted that Mark is continuing his involvement with the club as an ambassador. He is popular with the sponsors and the fans and will hopefully play a big part in the club's progress in the years to come."