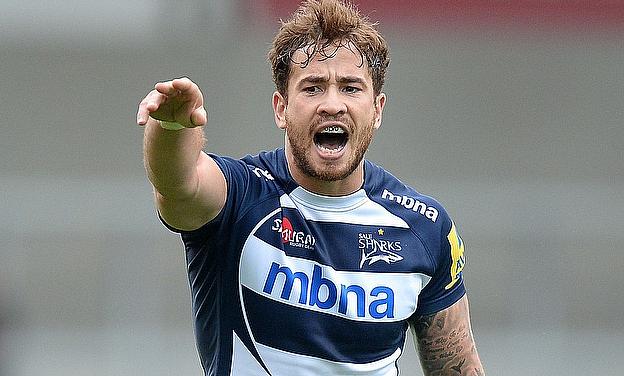 Cipriani had been considering a big-money offer to join French and European champions Toulon, but the 27-year-old has now committed his future to Sale.

He had begun talks with Sale about an extended contract before Christmas, and said: "I am delighted to have put pen to paper at last and signed the new deal.

"It's a quality set-up and the future looks great at the club with some exciting times ahead.

"One of the main reasons I signed the new deal was that we've got a tight squad and it embraces new talent.

"It's also an environment that makes you feel very welcome so, as I say, I'm really thrilled about signing the new deal and looking forward to the future."

Cipriani's decision to shun a lucrative move to France and stay with Sale comes as the talented number 10 seeks to secure a place in England's World Cup squad later this year.

The London-born back, who joined Sale in 2012 from Australian side Melbourne Rebels having started his career at Wasps, made his first Six Nations appearance since 2008 on Saturday, coming off the bench to score a try as England defeated Italy 47-17.

Cipriani was brought back into the England fold by head coach Stuart Lancaster last summer after six years in the international wilderness and has been handed another chance to impress in the Six Nations.

The fly-half, whose prolonged exile was down to injuries, form and rows with former England boss Martin Johnson, said after the Italy win that he never wanted to lose his international place again and his commitment to Sale is proof of that.

With England having a policy of only selecting overseas-based stars in exceptional circumstances, Cipriani would have effectively ended his World Cup chances by moving to France.

Aside from Toulon, Cipriani had also attracted attention from rival Premiership clubs, and Sale director of rugby Steve Diamond is delighted he is now staying at the AJ Bell Stadium.

Diamond said: "The fact that Danny has signed his new deal and committed to Sale is a major statement for everybody.

"Danny is a top quality player and he's been a very big part in our success over the past year or so.

"He's also been very happy living here in Manchester and everyone at the club is absolutely delighted that he is staying at the club and will be a big part of our plans going forward."