Chris Harris to start for Scotland against Wales 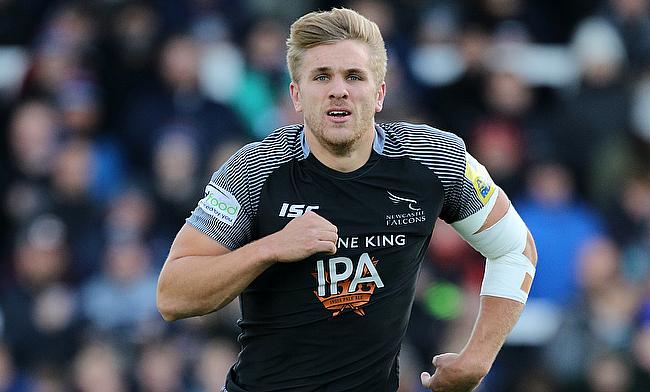 Chris Harris is in the Scotland team
©PA

Newcastle Falcons centre Chris Harris will make his first start for Scotland in the upcoming Six Nations campaign opener against Wales at Principality Stadium on Saturday.

Harris, who made his debut for the Dark Blues from the bench during the autumn internationals against Samoa started for Newcastle Falcons in 12 out of the 13 Aviva Premiership games this season and tops the table for most offloads.

Stuart Hogg starts at full-back, while Gordon Reid, Jon Welsh, Ben Toolis and Du Preez also break into the starting XV. Props Jon Welsh and Gordon Reid will make their first Scotland appearances since 2015 in Cardiff on Saturday amid a front-row injury crisis. They will pack down either side of hooker Stuart McInally.

John Barclay will continue to captain the side with Grieg Laidlaw, who recently returned from a leg fracture named on the bench.

Scotland head coach Gregor Townsend said: “We’ve selected a squad that we believe can start the NatWest 6 Nations championship with the intensity and speed required to win in Cardiff.

“We’re expecting a really physical game against a very good team. Wales have one of the best defences in the game and an attack that sees forwards passing much more and a structure that enables backs to get on ball.”