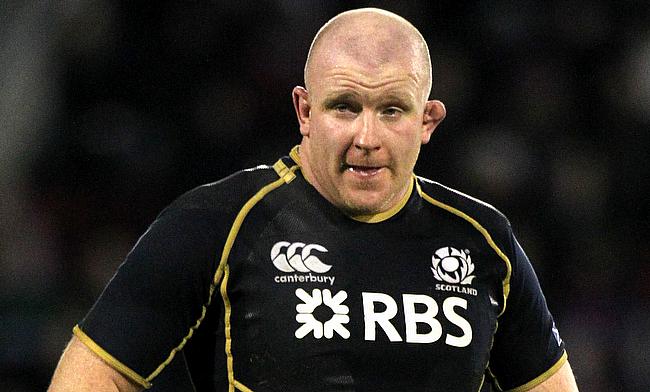 Scotland international Scott Lawson insisted that he never gave up hope of representing his country again after his latest recall to the Dark Blues' squad for the upcoming Six Nations tournament.

Lawson, who has 46 Test appearances for Scotland last played a Test match in November 2014 but now has been given a lifeline by head coach Gregor Townsend following injuries to key players.

George Turner recently joined the casualties list which already has Ross Ford and Fraser Brown sidelined and Lawson believes his performances for Newcastle Falcons that has helped him earn a recall.

When asked if he thought he had been close to selection, he explained: “You always look out for it. The competitor in you wants to keep playing and when you pull on the jersey, you do it to play for Scotland.

“You always keep an eye on things. Playing at Newcastle, playing in the Premiership in a very successful team, you’re always working hard and trying to play at as high a level as possible.

“There have been a couple of key figures injured and you hold out hope and hope the performances you’ve put in over the past few years have been noted.

“That’s the most pleasing thing for me, that I have been playing well and been selected.”

Apart from Lawson, Neil Cochrane also is added to the Scotland squad as a cover and the 36-year-old is hoping to make full use of his experience.

“I have been selected because of my performances for Newcastle and have been deemed good enough to play international rugby, so that’s why I’m here,” he said.

“But it’s also about helping the group and individuals within the group get better. Everybody can do that in different ways.

“I am looking to call on all the experience I’ve gathered throughout the years but we can all learn off each other.”

Scotland had an impressive autumn internationals where they went on to beat Australia and New Zealand and will be hoping to carry forward their momentum into the upcoming Six Nations tournament.

“Results speak for themselves from the autumn,” he said. “From what Verne (Cotter) did, Gregor has moved the team on with the autumn results.

“There are some new faces so for me personally I am just delighted to be back and it’s an exciting time.”