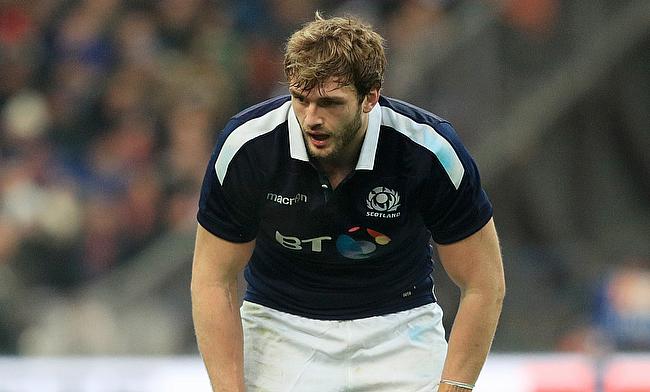 Scotland lock Richie Gray will miss the opening game of the Six Nations against Wales at Principality Stadium on Saturday following a calf injury.

The 28-year-old last played for the Dark Blues in March last year and missed the three-day training camp in Edinburgh. A statement released by the Scottish Rugby Union confirmed that the Toulouse lock will remain in France to continue his rehabilitation.

“Richie wasn’t involved in the autumn or the summer tour so it’s a situation we have been able to handle in the past," said Scotland assistant coach Mike Blair.

“Obviously he is a quality player and a guy we’re really keen to see back and how he fits in – but he also needs to get himself right. There’s no point having him here if he’s not 100 per cent.

“When will he be back? Sooner rather than later but we can’t put an exact time on it right now.”

Gray’s absence means his brother Jonny is likely to start alongside either Ben Toolis or Grant Gilchrist in the second row at the Principality Stadium. But the younger Gray admits he is disappointed not to be lining up alongside his sibling.

“I’m going to miss him first and foremost,” said the Glasgow lock. “It would be great to have him here. It’s been a while since I’ve seen him and I’m absolutely gutted for him.

“Hopefully he can come back soon – I don’t think it’s something too serious.”

Scotland already have injury concerns over Ross Ford, Fraser Brown, Zander Fagerson, WP Nel, Darryl Marfo, Allan Dell and Al Dickinson in the injury list while Simon Berghan is currently serving a ban for for stamping on the head of international team-mate Fraser Brown that has ruled him out of the tournament opener against Wales.