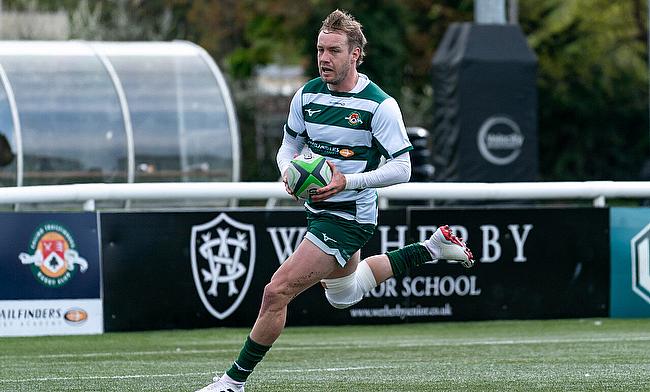 When Charlie Walker returned to England to play for Ealing Trailfinders in the Championship, it wasn’t entirely clear when the 29-year-old would be pulling on a green and white jersey.

Playing for Zebre in the Challenge Cup, the wing had broken his patella in the process of scoring a try against Stade Francais. Dragged down by a covering tackler, Walker quickly knew he was in some discomfort, pressing his face to the turf waiting for help from his medical team to arrive.

An operation back in Italy would soon follow, two screws placed in the wing’s knee, the estimated time of recovery four months. That happened in January 2020. The next time Walker stepped onto the field was 16 months later.

What came in between that time were numerous lockdowns as a result of the global pandemic - the wing trapped in England for much of it - financing his own recovery, having a second operation to remove the screws in his knee and deciding that a return to England was the correct next stage for his career.

“For me, it kind of got to the stage where it was going through my head whether I would run again,” Walker told TRU. “Once that started taking place, it wasn’t about playing rugby, it was just about getting back to doing everyday life without being in pain. Which I got to.

“When you think it is going to be a four-month injury, and it comes up to 16 months, it affects you pretty hard. The first operation I had in Italy went well. All the screws got put in place and I should have been fine to start running again 16 weeks later.

“I started running at Ealing after lockdown and I was told that it should have felt fine. It really didn’t feel fine at all. In my head I was just pushing on because I knew I hadn’t run for ages and my mark was that if I could run again, I would be pretty happy.

“It turned out the screws I had in my knee were causing stress fractures. It became a case of coming off running and all heavy load bearing and to wait for these stress fractures to heal up. With bone, there is guidance to when it should heal up, but it didn’t turn out that way.

“Every six weeks I would go get a scan, hoping to get the news I would be okay to crack on, and I think there were about four six-week blocks where I was told I would have to wait again.

“When you are injured for a long time, it can get pretty intense going into the club every day, doing your rehab, you are kind of separated from the club. Especially when you are joining a new club, not really feeling too much of a part of it.

“When I got to Ealing, that was kind of how I felt. I was the guy who had signed, but the guy who was living in the rehab room on his own. It wasn’t ideal, but there were a lot of other people in the world in a lot worse position than I was.”

Whilst playing for Harlequins, Walker was largely regarded as one of the Premiership’s quickest players. More than capable of leaving some of the quickest players in world rugby in his wake, what such a significant spell in rehabilitation could have meant for the 29-year-old - and the way in which he played his rugby – could not be determined before making his competitive debut eventually came.

“When I first came back at the end of last year, it wasn’t like I would be going back into a game of rugby and be completely fine,” Walker said.

This is the sort of sprinter Charlie Walker is ??????

Is there a faster man in the Aviva Premiership? ?? pic.twitter.com/2sgYubz1Bn

“I am always going to rely on my pace and fortunately with my knee, I didn’t have external damage around it, it was just the bone. All the speed stuff, that hasn’t really changed. The game is changing, so everyone is having to adapt a bit and for me that is the high ball stuff that wingers have to do these days.”

Walker’s injury torment finally came to a conclusion against Richmond during the truncated 2020/21 Championship season, scoring a try in his 61-minute outing in May. One more appearance would come that campaign, Walker scoring a try at Goldington Road this time, but would spend the rest of the campaign on the touch line.

Trailfinders’ heavy loss across two legs to Saracens would follow, attentions quickly turning to a 2021/22 season that will see just the top-placed side in the Championship automatically promoted to the Gallagher Premiership.

Promotion this season takes on a special meaning, the 2022/23 Premiership season seeing no side drop down to the second division and in the season after that, a playoff to be introduced between the top Championship team and the bottom Premiership side.

Promotion will be subject to meeting PRL’s financial sustainability, governance, player welfare, stadium facilities, medical provisions, safeguarding and community plans. This is something that Ben Ward’s team are painfully aware of, as on the eve of the first leg of their encounter with Saracens, the RFU ruled that the side would not fulfil Premiership criteria.

Ealing disputed this ruling almost as soon as it came out, saying that had passed an official audit, having agreed to a groundshare with a third party. Needing a minimum capacity of 10,000, Trailfinders Sports Clubfalls somewhat short of that figure, meaning that by September the West Londoners could be playing at a new home.

After the Christmas weekend, Ealing have fallen to second in the table. Doncaster Knights’ 39-19 win over London Scottish at the Athletic Ground means they will lead heading into the New Year.

What Ben Ward’s team have in their favour is having two games in hand. Level on points with the Yorkshiremen, next up is an encounter with fellow promotion contenders Cornish Pirates in the capital. 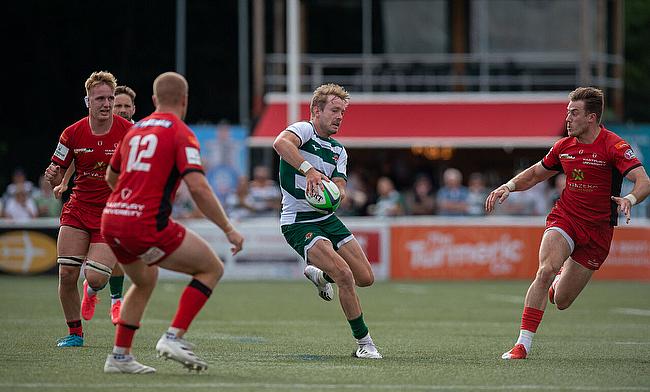 Having had their last two fixtured postponed as a result of Covid-19, Pirates will certainly be itching to get back out on the field. Walker will too, his last outing having been in late-November as Jersey Reds came to town.

Whilst Ealing are many people’s favourites to gain promotion, this season hasn’t all gone their way. Losses have come at the hands of Pirates and Doncaster, proving that the club’s long-term objective of reaching the Premiership is by no means a given.

“I think for the players, our focus is winning games, and as we have shown twice this season, it is not an easy league. Especially when everyone sees us as one of their biggest games of the season, and they come out of the blocks firing. We just need to be ready for these teams coming at us.

“For instance, the last time we played Richmond, we were 17-0 down at they had an unbelievable first 40 minutes. We just couldn’t live with them. That has been good for us, because we need to learn a Plan B. When you play against better sides, Plan A doesn’t always work, and you need to find another way of winning games.

“We are taking it step by step and just by looking at the table, you can tell there are a lot of good teams in the Champ. All the external factors regarding going up to the Premiership, it is not really in our control at all.

“We don’t get any say in that. We just turn up week in and week out and try to put our best foot forward.”