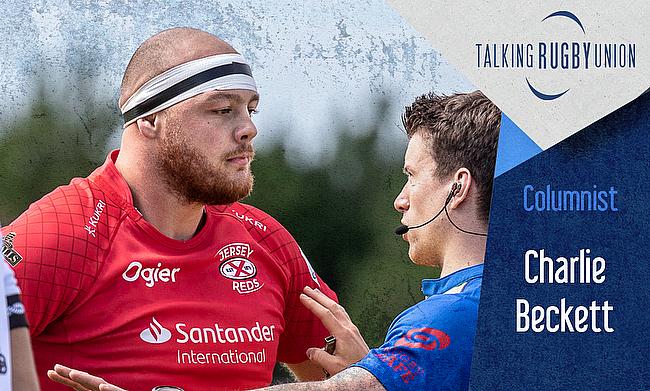 These were just three of the MANY criticisms angled at The ECB when they announced their ground-breaking and revolutionary new tournament, ‘The Hundred’ in 2019. The inaugural season was meant to happen in the summer of 2020, but as with so many sporting events that summer, due to the COVID-19 pandemic, it was postponed until 2021.

Well, over the last month or so the first season has been and gone, and using any metrics you could possibly measure it by, the entire competition has been nothing but a rip roaring success.

Over the three week tournament, across the men’s and women’s competition, 16.1 million people tuned into the coverage on either the BBC or Sky, and 57% of these were new viewers who hadn’t watched any live cricket before The Hundred in 2021.

The opening women’s game set a new record for TV viewership of women’s cricket with a peak audience of 1.95 million people and the men’s final hit a peak audience of 2.5 million viewers. It wasn’t just on the TV though, even in this Covid world, over 500,000 tickets were sold for the event with stadiums being packed all over the country.

Now, as much as the whole competition was a huge success, it is the women’s version of The Hundred that I would like to focus on and, from which, I think rugby can learn the most. Before I start though, I must make an admission, pre The Hundred, I hadn’t really watched much women’s cricket.

I watch more than my fair share of men’s cricket (as any of you who follow me on twitter will know) but until this past month, the women’s game has never really had my attention. I wasn’t the only one either, after the women’s final, England men’s fast bowler Tymal Mils tweeted ‘Also, hard luck to the Southern Brave women’s side who were awesome throughout but just fell short.

'Nobody can deny how great The Hundred has been for the women’s game. I certainly know a lot more about and respect it much more than I did 4 weeks ago.’ Like Tymal, The Hundred has opened my eyes to the brilliance of women’s cricket and I now enjoy watching with awe the immense skill of players such as Nat Sciver, Sammy-Jo Johnson, Dane Van Niekerk, Tash Farrant, Alice Capsey and so many more!

Also, hard luck to the Southern Brave women’s side who were awesome throughout but just fell short. Nobody can deny how great The Hundred has been for the women’s game. I certainly know a lot more about and respect it much more than I did 4 weeks ago ??????

So, surely this begs the question, how did The Hundred manage to whip up such interest in the women’s game, and how can we replicate that in rugby union?

The first and most obvious thing, is something, unfortunately, we can’t replicate in rugby. The Hundred was a brand new competition this season and had eight brand new franchises, each of which had a women’s and men’s team.

This garnered huge support from fans because now, if you’re a cricket fan living in the North West for example, The Manchester Originals are the obvious team for you to support, and not only do you have a men’s team to support, but a women’s as well, and why wouldn’t you support them both? It just makes sense.

Now we can’t do this in rugby union because we aren’t launching a brand new competition with brand new franchises any time soon (not that I know of anyway) but what I think we can do better, is in the instances where an established men’s Premiership side has a Premier 15s side with the same name, we can do a better job of making the two sides feel like two halves of the same one club.

Currently, Sale Sharks, Wasps, Gloucester (through Gloucester-Hartpury), Exeter Chiefs, Harlequins, Bristol Bears, Saracens and Worcester Warriors all have teams in the Premier 15s, and while some of these clubs do a good job making their women’s side feel like a part of the club, they can all do better, and some, can do a lot better!

Whether it’s the way they are portrayed on social media, the resources and time they are afforded by the club, or even the way they are treated on a day-to-day basis by their club, there can be improvements across the board. If their own club is treating them as an afterthought, then why should anyone else care about them any more than that?

In the past few months, London Irish, Leicester Tigers (through a partnership with Lichfield RUFC) and even Ealing Trailfinders have announced that they will be setting up women’s senior sides. These clubs have a brilliant opportunity to portray these new women’s teams as an equal half of their club and make sure it is known that they are equally as important as their male counterparts to their fanbase. I bet you if they do, the majority of the men’s teams fans will support these new women’s teams as well.

If these clubs don’t do this though, and if they treat their women’s team as an afterthought, or even worse, a token gesture to being involved in women’s rugby, I doubt the fans will get behind them, because, if their own club don’t seem to care about their own women’s team, then why should the fans?

The next lesson we can take from The Hundred, is the success of the double headers. Every fixture in the competition, up until the knockout stages, was the same for both the women’s and the men’s game and was played as a double header. For example, if the Southern Brave men were playing the Oval Invincibles men, the Southern Brave Women were playing the Oval Invincibles women on the same day and at the same ground.

Now I don’t for a minute think that you would get as many people in attendance to the women’s game as the men’s, but of the 17,000 rugby mad west country folk heading to the men’s game, I bet you a few thousand of them would make a day of it and go to the double header.

The same theory goes for when Sarries play Quins, Exeter play Worcester, Sale play Wasps and so on and so forth. Make the same fixtures on the same days and make them double headers at the same ground, it seems a no brainer to me!

The final lesson I think we can learn from The Women’s Hundred is the way it was televised. Both the men’s and women’s games were broadcast on major television channels, with top class pundits and commentators, top class production value, and presented in a way that made them feel equally important. If aliens had landed on earth and flicked on the tv, they would not know, from the broadcast alone, which was more popular, men’s or women’s cricket.

The same, unfortunately, cannot be said for rugby. Premier 15s announced in the past week, that this season there will be more games live streamed than ever before, and this is great. The more games that are available for people to watch, the better. The only issue is, sometimes, the quality of the stream isn’t great, and this makes it feel, to the viewer, that the quality of rugby isn’t great, and we all know that is not the truth.

Now this isn’t a slight at a single person who works on the streams. The commentators, pundits and everyone behind the scenes do a fantastic job, they are just limited by not being a major broadcaster. BT Sport showed the semi-finals and final of the 2021 season, hopefully they will have seen what a success that was and start to show some regular season games as well!

The Hundred has proved, that when presented properly, there absolutely is the appetite for women’s sport from the British public, we now just need a major broadcaster to bite the bullet, invest the money, and give these women the platform they deserve!

These are all big picture ideas, and putting them into action is WAY above my paygrade, I just hope the people whose paygrade it does come under have taken note of the success of The women’s Hundred and are trying to replicate some of its success in women’s rugby. The fanbase and viewership is out there, we just have to be brave enough to go and get it!