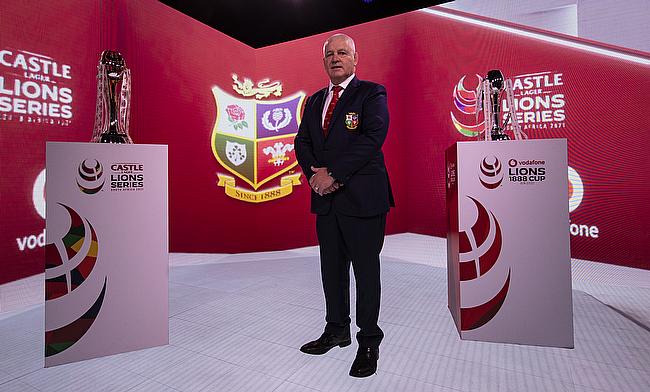 Siya Kolisi racing against time to be available for first Test against Lions
Can Morne Steyn roll back the clock against the British and Irish Lions?
Alun Wyn Jones restored as Lions captain
Bulls edge out South Africa 'A' with 17-14 margin

Just like that we are at the business end of the Tour. It doesn’t feel long ago at all that we were picking out our squads, getting a suitable amount of grief for doing so.

I might as well sign up for a bit more grief by offering some of the names I feel have earnt their place in Warren Gatland’s starting side. Obviously, the way this sort of thing goes, I’ll probably get about three names right and they’ll probably be on the bench.

Six games have been played by the British and Irish Lions, five of which on South African soil, and whilst Covid-19 might have threatened the Tour on a couple of occasions, the Lions having had to play the Cell C Sharks in consecutive games, the time is finally here to watch the incumbent world champions take on the very best from England, Scotland, Wales and Ireland.

There is no easy place to start with any of this, but I would like to start with Josh Adams’ place on the wing. Scoring eight tries in 10 days in the games against Japan, Sigma Lions and Cell C Sharks, Adams took to Lions life like a duck to water.

It has been quite the Tour for the Welshman, who also witnessed the birth of his first child virtually, but beyond anything else has proved his worth in the Southern Hemisphere.

Staying in the back three, you would struggle not to see Stuart Hogg at full-back, who has had limited game time as a result of having to isolate because of being a close contact, but each time he has stepped onto the field has provided that extra bit of class. Added to this his kicking ability, it’s unimaginable that the Scotsman isn’t in the starting XV.

Then, after his fine showings in South Africa so far, Louis Rees-Zammit may well be a starter. Of course, we have seen his searing pace on plenty of occasions, but also hasn’t looked out of place alongside more experienced names.

I still remember speaking to Charlie Beckett on the TRU podcast some months ago, where he described Rees-Zammit as a well-rounded player and has proven that with his keen defensive work and unflappable work with the boot.

It is in the centre’s that I have had the most debate in my head. One of the big things in with South Africa is the physicality they have across the board, and in Damian de Allende and Lukhanyo Am, the Springboks may have two of the most physical midfielders in World Rugby at their disposal.

So, in order to counteract that, I for one would be in favour of Robbie Henshaw and Chris Harris combining. Both are monumental in defence and in parts have shown their value in attack, Harris in particular showing he had that ability to be a threat with ball in hand.

Half-back is always going to be a challenge, but as far as I am concerned Dan Biggar will be at fly-half, the Welshman having guided play at both international and club level in fantastic fashion brilliantly this past year, the question mainly being who will be playing inside of him at scrum-half.

Given that he was given the captaincy after Alun Wyn Jones’ injury in Edinburgh, you would have thought that Conor Murray was bolted on to start the first Test.

Now, a few weeks down the line, you’d probably have to say that Ali Price has played his way into the starting time thanks to his consistent performances. With accurate kicking and consistent passing, there is no reason why the Glasgow Warriors scrum-half is not worthy of that opportunity.

The pack is naturally the hardest place to select. With so many players having put their hands up, it seems as difficult a task as ever. As a result, I have flipped and flopped with my selections, and if someone were to suggest an alternative name, I really wouldn’t have any quarrels with the alternative.

In the front-row, I have eventually decided on Wyn Jones, Ken Owens and Tadhg Furlong. Wyn Jones has been hugely impressive, really bringing his form from the Six Nations earlier this year to South Africa and has not looked out of place one bit in the games he has played so far, nor for that matter has Rory Sutherland, as Mako Vunipola has struggled for form.

Ken Owens has been in Lions camp the longest, and that has clearly had an impact, the lineout arguably at its best with the Wales international throwing in from the touchline. Add to this his experience, Owens is very much the kind of player Gatland could rely on to get a good start in the series.

Then, Furlong at tighthead is pretty obvious, his scrummaging and play in the loose nothing short of world class. One of the easiest selections on this list in fact.

Maro Itoje seems to have solidified his place in the second row, the Saracens man having made 20 tackles on tour and thrived in the aspects of his game that have allowed him to be a star of world rugby.

As for Itoje’s partner at lock, Adam Beard might have been the name I’d be putting down if it weren’t for the efforts of the new ‘Lazarus’, Alun Wyn Jones. Let’s be honest, the man is just incredible. In the space of 21 days, he has recovered from a dislocated shoulder and got back to playing high intensity rugby, firstly in full training with Wales and then at the weekend from the bench against the Stormers.

Just the experience that Jones brings is huge to the Lions and as the leader of this team, the 35-year-old’s presence alone would no doubt be a confidence boost for the squad and all the years of top flight experience could be massive in the hunt of a tour win.

For the back-row, it seems obvious at this point that there needs to be an extra lineout option. My first choice for this role at blindside flanker would be Courtney Lawes, but as he is having some issued with his neck, Tadhg Beirne has been magnificent in the warm-ups and has his name on my list.

Not only physical and a lineout option, but the Munster man is also an expert on the floor, picking up the most turnovers in the most recent Six Nations and is quickly becoming an important player for Andy Farrell at the Aviva Stadium. At No.8 Taulupe Faletau seems to be the heir apparent, the 30-year-old a true delight to watch in full flight and would ask serious questions of the Boks.

Now, let’s finish off with openside flanker, the most contentious position to choose. Almost as if I planned it.

Each of Hamish Watson and Tom Curry have impressed massively and that is what makes this position so hard to choose from. I can’t help but feel that it’d be brilliant to be able to select them both, but as the lineout is going to be such a key battle in this Test series, then I have to pick just the one. So, I’m going to annoy people either way, basically.

Glancing across the statistics from these warm-up games, it seems that on the whole that Curry has been the more effective player. Whether that has been his work on the ground or tackles completed, Curry has to be the man for me.

That’s bound to ruffle some feathers. I don’t envy Gatland.

Looking forward to Saturday? Why not also get excited for the 2023 Rugby World Cup. Click HERE to view sportsbreaks.com's unforgettable Match Breaks.