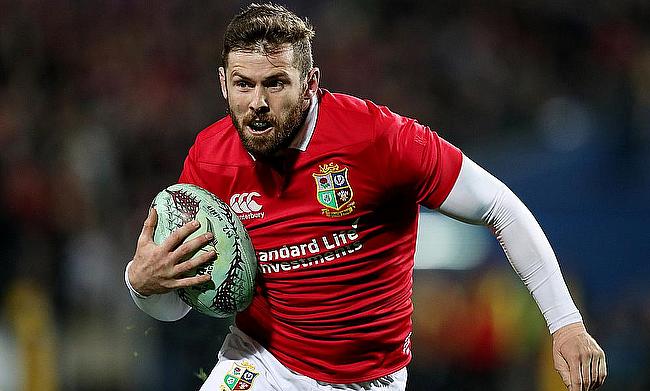 Saracens into the top three following dominant win over Ealing Trailfinders
Colossal clash between Ealing Trailfinders and Saracens could prove pivotal in promotion picture
Saracens power past Doncaster Knights and Ampthill pull off remarkable fightback
Matt Challinor Exclusive: 'We can be a match for anybody on our day'

What a Bank Holiday weekend we have in store.

Round 8 brings to a close the second block of matches in the GK IPA Championship and with the finish line on the horizon, three cannot go into two as Ealing Trailfinders, Doncaster Knights and Saracens battle it out for the play-off spots having all suffered one defeat so far this term.

There is plenty left to be settled from top to bottom as time quickly ticks away on this tier two shootout.

Here’s what to keep an eye on:

The weekend’s action gets underway with Jersey back on their travels as they visit Ampthill.

Given recent results, these two sides are high on confidence so it makes this a tantalising contest which could provide further momentum for the potential victor into the second fallow week of the season.

The A’s will be looking for a third win on the bounce having pulled off a superb victory down at The Mennaye last time out and they come into May having won three of their last four matches.

Looking forward to seeing a few old friends from The Rock tomorrow!

Jersey put on a show for their fans on their return to the island last week, running up a club record score as a professional side in their demolition of Nottingham.

The history between the two clubs is scarce given that last season was the first time they’d ever faced off in league action, but it was certainly worth the wait as Jersey came away from Ampthill on the right side of a 47-38 thriller.

The neutrals would certainly welcome more of that.

A big game in the battle for the top four as fourth plays fifth, with two sides in very different runs of form.

Coventry have strung together three bonus-point wins on the spin - the first time in their history they have achieved that feat in the Championship - and they continue to go under the radar in the move towards the higher reaches of the table.

Pirates, meanwhile, have begun to stumble, losing three of their last four as their play-off push looks to be slipping away from them.

The home side has been the victor in all three meetings between the teams since Coventry’s return to the Championship, with the Midlands club winning both at Butts Park by a single score.

If either team are to make a late bid to try and spoil the top two party, then they’ll need a positive result here ahead of the run-in.

A very local derby between two neighbours both seeking to bounce back from disappointing results.

Ealing will still be reeling from their conclusive defeat at Saracens, bringing an end to their perfect run which had seen them steamroll through their opening six matches.

Richmond are on a run of three straight losses, with just a sole victory to name and no bonus points of either sort to speak of so far.

Watch our next match against @RichmondFC1861 Saturday 1st May
KO 3:30pm@Champrugby

Whilst Ealing have been scoring at will with 52 tries in seven games up to now, Richmond have been struggling to find their way to the line, mustering just eight.

There is a rich history between these two sides. The last time they met in the 2018/19 season, they managed a win apiece, each coming out on top in their home fixture by a single score.

Expect a big response from somewhere.

The hosts are still battling to achieve that elusive first win of the campaign and they took a backwards step with that hammering against Jersey last time out, having begun to show improvements in the weeks before.

It was confirmed this week that head coach Neil Fowkes will be joining Wasps on a full-time basis from next season, so Nottingham will desperately want to ensure his final chapter with the Green and Whites is a positive one.

Sarries have really cranked it up a gear as expected with the return of their star names. They have completely dominated the top two in successive weeks to wrestle their destiny back into their own hands.

The famed Wolfpack defence has allowed just nine tries past them in six games giving Nottingham an unenvious task of breaching it, especially given they are the second-lowest scorers in the division with just 13 tries up to now.

This one is unlikely to be short of five-pointers.

Sunday brings to a close the second block of matches for this season and provides the final game of Round 8.

Doncaster are still firmly in the play-off picture after bouncing back with a bonus-point win last week meaning they remain in second ahead of this one.

They must keep the pressure up with just three games left to play as they move towards their showdown with Ealing in their final scheduled fixture.

Bedford were on a bye last week following on from their most complete performance of the season - a bonus-point win against Richmond - which Doncaster mirrored the week after.

The head-to-head between these two has the Knights shading it 16 wins to 14, but Bedford are without a victory at Castle Park since 2012.

Bedford will be desperate to leapfrog Ampthill in the table, with the Battle of Bedfordshire approaching on the final day, whilst Donny know they need every point possible to try and secure their place at the play-off party.

Hartpury will be out of action for three weeks now with this bye week appearing right before the scheduled fallow week.

They are in a rough patch of form having lost five of their last six matches and the Gloucestershire outfit will return in a fortnight to face the Pirates in Round 9.