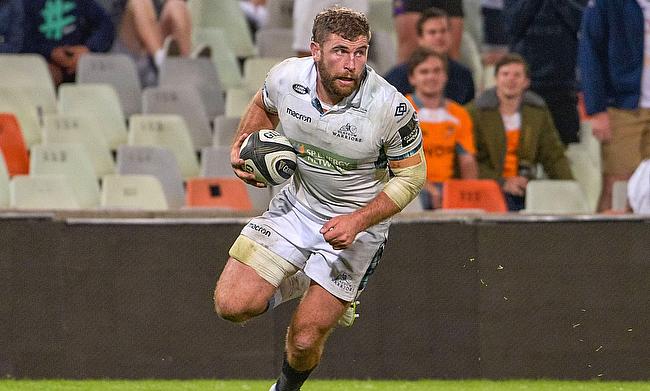 Callum Gibbins has been with Glasgow Warriors since 2017
©PA

Glasgow Warriors flanker Callum Gibbins has confirmed that he will be making an exit from the club at the end of the 2019/20 season.

Gibbins started his professional rugby debut with Manawatu in 2009 and made his first Super Rugby appearance in 2015 and after 25 games for the Wellington based side he joined the Warriors ahead of the 2017/18 season.

He went on to make his debut for the Scotstoun based club in September 2017 and was made the co-captain in the 2018/19 season where he shared the role with Ryan Wilson. The 31-year-old played a pivotal role in the club reaching the final of Pro14 in 2019 and has made 46 appearances for them scoring 13 tries.

“Callum has had a massive impact since his arrival and leaves a lasting impression," said Glasgow Warriors head coach Dave Rennie.

“A high-quality man, he is hugely respected by peers and staff alike. Cully would hate me saying this but he has been the perfect Warrior.”

“His work ethic and attention to detail on and off the pitch makes him an outstanding role model. Superbly conditioned, competitive and intelligent, his point of difference is his ability to become a different creature and bring a brutal edge every time he crosses the paint.

“He genuinely cares about his team mates, is very generous with his time for fans and prominent in a variety of community projects. Having a lead role in the Scrumbags, the team band that raised over £10,000 for the Glasgow Children’s Hospital Charity is one such example of this.