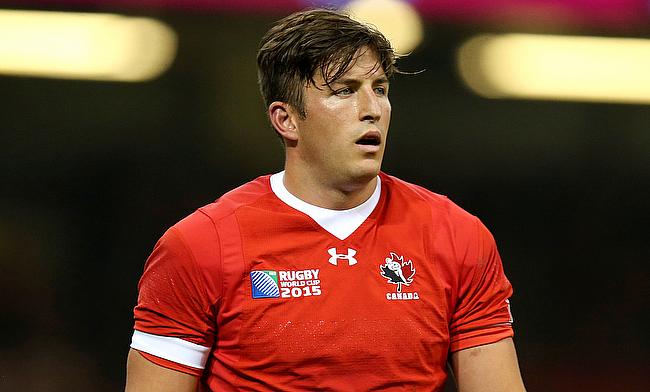 Canada international DTH van der Merwe is set to make his exit from Glasgow Warriors at the end of the 2019/20 season.

The 34-year-old joined Glasgow in 2018 on what was his second stint with the Scottish regional club after previously representing them between 2009 and 2015. Overall he made 123 appearances for the club scoring 54 tries - which is the highest in the club's history.

He also enjoyed a Pro12 title win with the club in 2014/15 season and switched to Scarlets in 2015 where he went on to help the Welsh regional club claim the Pro12 title in 2016/17 season. He also had a short stint with Newcastle Falcons before rejoining the Glasgow Warriors.

Van der Merwe also has played 61 Tests for Canada at the international level scoring 38 tries and last was part of the 2019 World Cup campaign in Japan.

“I’m proud to have been a part of this club’s journey, from the days at Firhill to where we are today.

“I’m forever grateful for the opportunity Sean Lineen gave me at the start, as well as to Gregor Townsend and Dave Rennie for their faith in me. It’s not a goodbye – it’s a “see you in the future”, because it’s a special city and a special country.

“I’m still looking to play for another couple of years – I’m not ready to call it quits yet! – but I’m looking forward to keeping an eye on Glasgow from wherever we end up next.”

Glasgow Warriors lavished praise on van der Merwe's contribution to the club and wished him good luck on his future endeavours.

“DTH is one of the best players to come out of Canada, and has the resumé to back it up including winning two PRO12 titles and playing in four Rugby World Cups.

“He’s a powerful, explosive and hard running winger with a massive work ethic.

“The importance of family and the close relationship with Warriors brought DTH back to Glasgow and he has been a major contributor to the club ever since.

“He’s a top man and we wish DTH, Gill and the kids well in their next endeavour.”