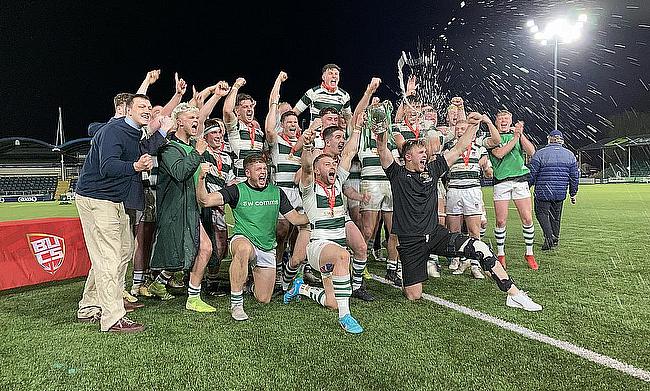 Hartpury University will host BUCS Super Rugby champions the University of Exeter in the opening week of the 2022-23 season which begins on Wednesday 28th September.

Newly-promoted Nottingham University kick-off their debut BSR term against Leeds Beckett and the first Welsh derby of the season will see Cardiff Met travel to Swansea in Round One.

Women’s National League champions Hartpury take on Durham when their season gets underway on October 5th, with Edinburgh going up against Loughborough and Exeter visiting Cardiff Met.

The regular season in BUCS Super Rugby will conclude on March 15th, with the play-offs beginning at the end of the month whilst both the BSR and WNL finals will take place on April 19th.“

“It was a nail-biting contest. Our boys were amazing. Couldn’t pick a better team to be a part of.”

Since BUCS Super Rugby was introduced in 2016-17, Hartpury had been the only university to get their hands on the Championship title after 2020 domestic league winners Durham were denied the opportunity to clinch the big prize due to the Covid-19 pandemic.

Alex Keay's side did seal back-to-back first-place finishes last term, but it was Exeter who went on to achieve glory in the final at Worcester Warriors' Sixways Stadium thanks to a dramatic fightback.

Under the guidance of Red Roses star Mo Hunt, Hartpury put their name on the Women’s National League Championship title for the first time after beating Edinburgh back in April.