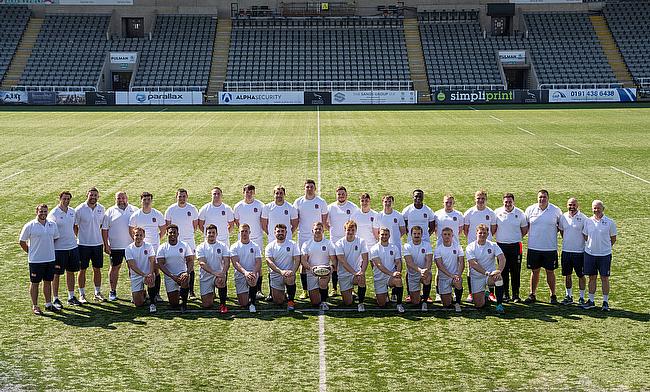 Many of the touring side have professional rugby experience, the team’s captain, Alfred Parisien, having played for Lyon in the Challenge Cup this season, Paul Champ has featured for Stade Francais on both the Top 14 and Champions Cup, whilst Gabin Lorre has been a regular for Beziers in Pro D2.

In contrast, for much of this crop of England Students players, their rugby has largely been confined to BUCS Super Rugby, with just a select few having pulled on a jersey in order to play senior men’s rugby.

The home of Newcastle Falcons is sun kissed post-game, players and coaches not long removed from back-to-back guard of honour’s, the 1877 Bar calling many a name in order to celebrate their achievements this season.

Time with family on the touchline is on the agenda also, with several stopping to talk about their week in camp with TRU, before a night in Newcastle.

It has been something of a whirlwind, the group gathering in camp on Tuesday after an Easter Bank Holiday. There, they quickly became accustomed to their new teammates, most of whom they had only seen as opposition for 160 minutes across the season up to last week.

It was hardly plain sailing for England on their way to a win, Darren Fearns’ team having trailed 10-3 at the break thanks to a converted Gabin Lorre try and an Antoine Aucagne penalty giving the French their lead.

It took a second half resurgence, a converted try for Nick Brown and two Charlie Titcombe penalties to secure a victory for England, who returned to action after a three year hiatus.

“You know what, I am really, really proud,” Darren Fearn, England Students’ Head Coach, said. “It was always going to be close, because the French are an awesome outfit. 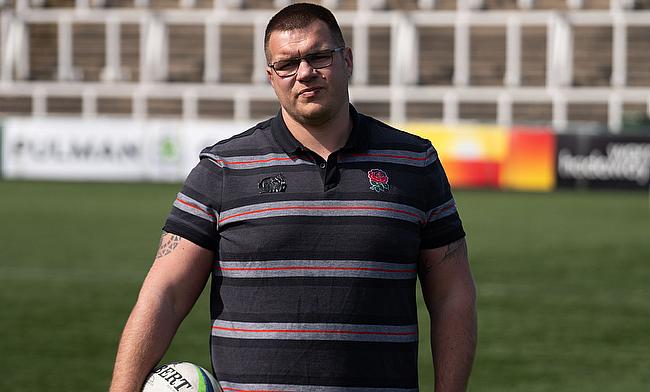 “It was a bit scrappy in the first half, but we have been together for three days, so the character, the desire – which we spoke about at halftime – the effort, which needed to go up a notch, and that certainly happened in the second half.

“What they have been doing week in and week out, at the turnover, at scrum time, Charlie kicking them goals – I couldn’t be prouder.”

Throughout the Starting XV, Fearn had aligned players with their university colleagues, the front-row having all come from Durham University, the second-row from Loughborough University, the two flankers from Hartpury University, whilst No.8, Nick Brown, was the only outlier in the pack after making the trip to Gosforth from Leeds Beckett.

Joe Howard has been a regular in BUCS Super Rugby this season, the 21-year-old an Academy player with Gloucester Rugby and having made a handful of appearances in the Championship for Hartpury.

With Xavier Hastings on his opposite flank (who was loaned to Hartpury from Bath during the Championship), the promising back-row forward has been under the tutelage of former England and Newcastle back-row, Mark Wilson.

Following an indifferent first half performance, Howard says it was a tough half-time chat which helped rally the students.

“Most of us haven’t played together, but half-time was good,” Joe Howard said. “There were a lot of conversations between the player, the props, the locks and the half-backs, just clarifying that cohesion, and that is what happened.

“We went out that second half and we looked a completely different team. We knew where each other were and come together as a team. 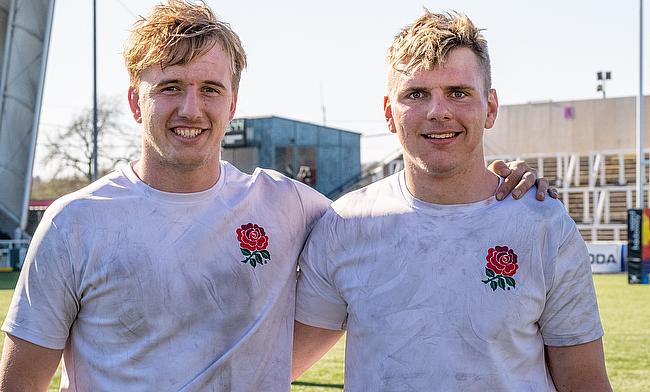 When it came to the game winner, there is a story to tell. A day before, on a walk from the Royal Garden Hotel to a nearby pub following the Rugby Union Writers Club lunch, an alcohol-inspired chat with Austin Healey led to Titcombe’s name coming up.

Growing up alongside Healey’s children in Leicestershire, Titcombe impressed massively last Friday, the young fly-half unflappable across the 80 minutes and struck the winning penalties with a relative ease.

With his head bandaged partway through the game, Titcombe stands next to the East Stand at Kingston Park, the cut above his right brow having clotted for now.

“We hit it off pretty easily and the boys have been getting on well. We have been playing corridor cricket, so. Easy for the boys to be getting along with each other. 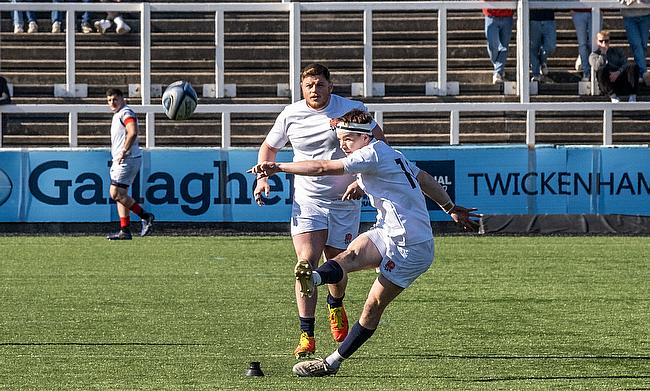 “There was a couple of mistakes, but we managed to stick at it and luckily, we came away with a win. The boys are really pleased.”

In the case of plenty of these young players, some will be moving into professional rugby next season. Titcombe has been involved with Worcester Warriors this season, whilst just 30 minutes before kick-off, it was announced that Durham University scrum-half, Harry Craven, would be joining Wasps for next season.

Naturally there will be several more names added to professional ranks in the weeks and months to come, as well as others heading into another yet another year of BUCS Super Rugby.

In 2021/22, Fred Davies was often the beneficiary of a Durham side that raced to the League title, the hooker scoring over 20 tries across the campaign. His efforts have made him yet another player to have signed professional terms with a Premiership outfit.

Following his former teammate, Fitz Harding, to Bristol and Ashton Gate, the 23-year-old brought his leadership to England camp, captaining his country, just like he had done at university, this past season.

He admits at the end of the 80 minutes that his body is a touch sore after a bruising encounter with the French, the skipper proud of the work he and his teammates had put in over the course of the week. 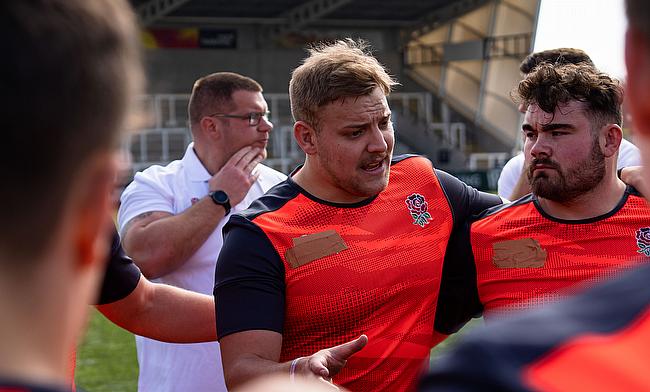 “They are a hell of a French outfit,” Davies said. “I thought their 10 and 15 were outstanding, and they put the joue into the game more than we did.

“But in such a short camp, we spoke about it being a 23-an effort and it really was. At 60 minutes we started to flag a little bit, the front-row and second-row changes came on and won those scrum penalties.

“It has been a crazy week. It has been a long season for a lot of the boys and to finish like that is testament to the work of not only the coaching and the management staff here, but also the other university coaches.”