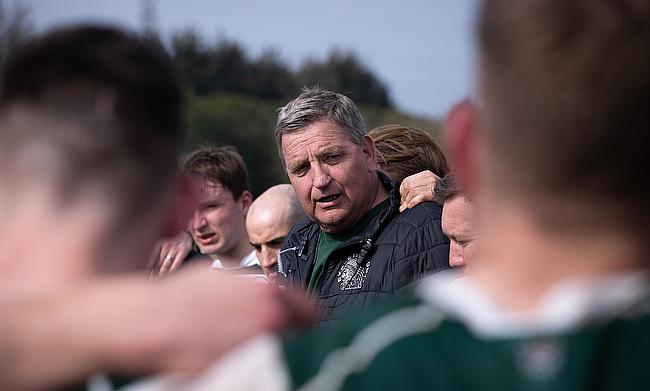 Fitz Harding Exclusive: “University rugby can be a breeding ground”
Nottingham enter BUCS Super Rugby play-off on cloud nine after pulsating Vase win
The past, the present and the future - Exeter University is a proven pathway for success
BUCS Super Rugby: The blank canvas and why we are set for a season of intrigue

Five years after reaching their last BUCS Super Rugby final, Keith Fleming's side once again find themselves on the cusp of glory.

Back in 2017, the University of Exeter were undone by a certain Harry Randall as the scrum-half waved his magic wand to produce two moments of eye-catching brilliance to help Hartpury University clinch the biggest prize in the student game.

Since then, the Green and Whites have continued to go deep in the competition. Successive league titles in 2018 and 2019 preceded back-to-back semi-finals but of course, the global pandemic then shut down university rugby for around 18 months.

But as we begin to emerge from the impact of Covid-19, Exeter are once again 80 minutes away from being the best in the land. Their breathless and gripping play-off wins over Hartpury and Cardiff Met has now led to a showdown against league winners Durham at Worcester Warriors' Sixways Stadium on Wednesday evening.

"You can’t dwell on anything that has happened in the past," Fleming tells TRU. "From my perspective, I am as excited as the boys but I have been there several times. Also because of my work within rugby, I have been going to Sixways for the last decade but for the lads, it will be a different sort of pressure. For a lot of them, they will never have been there before. For both sides, playing at a Premiership club will be a bit new.

"Our past record really has no bearing on this week. It is a whole new group of players and it has been quite the journey for both sets of teams. I am sure it is going to be a hell of a game of rugby with 23 blokes on each side absolutely champing at the bit. It all tees up to be a very, very, very good game I think."

Clearly, Fleming's thoughts are very much on what is ahead rather than what has happened over the last few years and even the last few months. Exeter lost to Durham 23-20 in the second week of the season before exacting their revenge at Topsham just before Christmas, but it was the Palatinate who retained their league crown by accumulating the highest-ever points total in BSR history.

Exeter finished in second and six points off Alex Keay's charges, but there is no sense of defeatism when listening to Fleming. It is more about the opportunities which the university has over the next couple of weeks.

With the women's 1st XV already bagging a league and cup double, the men's Saturday side can gain promotion to the RFU National Leagues at the end of the month if they can defeat Launceston in a play-off.

Back in September, Fleming admitted assembling and piecing together a squad would be a massive challenge because of the sustained period of time without university rugby, but he has saluted his players and fellow coaching staff for the 'hard work' they have put in to get to this stage of the campaign.

"We are excited," Fleming adds. "The boys are in a very good place. We have worked hard and we are fighting on different fronts in different competitions as well so there are a large group of boys that have been performing really well and they are being rewarded for their efforts.

"From the coaching side of things, all of our coaches have worked incredibly hard and it has been a very testing and very long season in some respects even though we sort of had two seasons of not being in it. It was like the stop-and-go of the season before of trying to get something to happen and trying to get that development into those boys that had basically missed a year. It has been a real challenge for the boys and the coaches, but they have all responded really well and worked really hard."

However, Fleming was keen to reiterate his side cannot get distracted by the bigger picture both as a team and as individual players. He revealed that some of his current squad will be taking their next steps in the game following this season whilst three of his BUCS Super Rugby stars - vice-captain Will Yarnell, Josh Barton and Tom Hitchcock - have all been selected for England Students ahead of their meeting with French Universities at Kingston Park on April 22nd.

"Look, [England Students] is a big thing for them," Fleming says. "It is a shame that with recent events and even pre-Covid that there wasn’t enough funding going in there, but it is great for guys to have that opportunity.

"From our side, we have got several things to announce in due course. There is an awful lot of things that could distract them in terms of their future in the sport and their next steps with us, but it is just about trying to make sure we remain focused on Wednesday and we move forward from there. We can only look at what is just in front of us. You can’t look beyond and we have just got to maintain our focus."

Fleming went on to admit the true value of the England Students side needs to be restored and the growing strength of BUCS Super Rugby - and the university game in general - is a pivotal reason why there needs to be an international avenue for players who are balancing their rugby commitments with their studies.

"With the aid of BUCS Super Rugby, hopefully we can get back to putting in a decent student programme in the future which won’t be just one game against France," Fleming adds. "I’d love to see them play Scotland, Wales and Ireland and get that programme back up and running but it is funding reliant, isn’t it?

"Players have shown the value of BUCS Super Rugby and university rugby and they fully deserve what is ahead of them and it shows it is an ongoing process."

Always a delight speaking to @fitz_harding.

We chatted about how playing for @DURFC in @BUCSSuperRugby was beneficial to his career, as well as about @BristolBears ahead of their @ChampionsCup encounter with Sale Sharks in the Round of 16. https://t.co/O0O6exKGbb

As mentioned above, Durham's captain Fred Davies will be one of the latest names from the university rugby conveyor belt to step into a professional environment, but with so much at stake this coming Wednesday, he, like Exeter, will want to cap off the season with some silverware.

The North East side had to navigate their way past Leeds Beckett and Loughborough at Hollow Drift to reach their first XV-a-side final of any kind in almost a decade and the character and guts Durham displayed in the play-offs was mirrored by Exeter.

"I think the boys, not that they had any illusions, they just had to realise they had to put a shift in every time they get on the park," Fleming says. "If you ease off, you let sides back in so it is making sure we try and stick to what we do and work as hard as you can and they showed some real character, especially in those last couple of games and that is great to see leading into the final.

"You have got the two best teams in the league going up against each other and I don’t think it could be a more fitting final. We all know each other quite well! The thing is with all of these sides is that they will fight back and as we saw in the league, it is 80 minutes of graft. As I say, it is two good sides that are pitted against each other."

If a maiden BUCS Super Rugby title and a first championship victory since 2016 is forthcoming for Exeter, Fleming believes it will be the perfect send-off for some of his graduates who have had their university experience - both on and off the pitch - hampered by Covid-19.

"It would be fantastic. I know a lot of them feel robbed of a year of rugby. It is really difficult for some of them because university is meant to be the best time of your life and some of them would have had a fairly torrid time getting through that Covid period. Anything now where they can come out on top will really be the icing on the cake for them and maybe take away some of that pain of not being able to play."