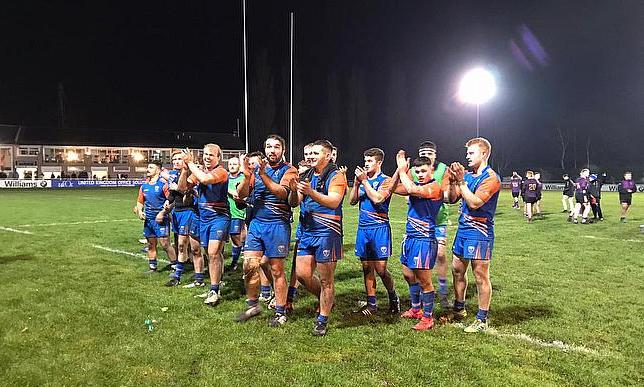 Why the 'Sporting Glastonbury' can spark the amateur Sevens circuit back to life
Meet Matt Gallagher: The hooker who scored 36 tries this season and is now on his way to the Championship
Desire, half-time wisdom and indoor cricket – How the England Students beat France
Exeter leave it late to overcome Durham and clinch an historic BUCS Super Rugby title

Meet Archie Kellett; a first-year student at Manchester Metropolitan University (MMU) who earlier this summer was picked to play for English Universities 7s in the Three Fold National Cup at Bournemouth 7s.

Bournemouth 7s is one of the UK’s largest rugby festivals, and Kellett was one of 12 students hand-picked by English Universities Sport (EUS) for a team which included players from institutions such as Bath, Nottingham, and Manchester Met.

This was a massive achievement for a young, aspiring player.

Kellett was obviously delighted to hear the good news as this was a big step forward in his sporting career: "I think it’s every rugby lad’s dream to play rugby and when you’re younger, you look at it like ‘that’s all I want to do’.”

That’s not to say he wasn’t anxious about playing in the big leagues, and he knew it was likely he’d be one of the smaller and less experienced players on the pitch.

Our student athletes are currently preparing for the upcoming @Bournemouth7s festival on Friday 3 & 4 June ??

Please join us in congratulating all the students who have been selected ??

Kellett described meeting his new teammates as 'like the first day of school’: “No one’s talking, it’s a bit awkward, but we had a night to get to know each other and talk about tactics and stuff and then we were straight into it on the Friday morning.”

Coach Rob Jones also said: “From outside looking in, they all got on really well. They hung out with one another and they had each other’s backs on the pitch.”

So it seems Kellett’s worries about finding his place were quickly diminished.

When asked about his past 7s experience, the youngster told TRU: "Really not much, probably a few games at high school which was a while ago and then when I was at Sale [Sharks], we’d do 7s in training to improve your skills and fitness, but really not too much. It was really good to get some experience under my belt.”

Sale Sharks work closely with MMU in recruiting players, like Kellett, who are seeking a career in professional rugby.

Kellett had played for MMU in the BUCS Rugby 7s Trophy Championship back in May at West Park Leeds RUFC, where he and his team got as far as the quarter-finals before being knocked out by Loughborough University.

Though not much, his previous experience in 7s has taught him a lot about his role in the team moving forward into a fresh university rugby season: “You’ve just got to be there and not let your quality drop.”

It is clear Kellett is determined to prove to himself and everyone watching that he deserves a long-term place in the professional rugby scene.

And according to his coach, he showed his talents at Bournemouth: “Archie definitely cemented his name amongst the BUCS rugby players and they would definitely talk about him if they were playing against him, for sure,” Jones added.

The competition at Bournemouth split the teams into four groups, the top two from each went through to the Cup playoffs, the team that placed third dropped into the Plate playoffs, and last place was eliminated.

On the first day, EUS narrowly missed out on the Cup and instead went through to the Plate.

When Jones spoke about the first day, he said: “He (Kellett) could’ve won us the first game, that ended up being a draw, with some great vision [and a] chip and chase. The dead ball area is two meters long. Had that been three meters or 2.1 meters, he’d have scored it.”

The second day saw EUS win their semi-final match and “give Apache a really good go in the final before narrowly missing out,” Kellett said. “We’d have liked to have won but we were definitely happy with the end result.”

For Kellett, the whole experience was ‘weird’ and ‘definitely exceeded expectations’. He was ‘blown away by the intensity and the speed of everything’ and felt he left the competition with more to give, but seemed assured he’d done enough to gain the respect he deserved: “They didn’t see me as just another body, they thought ‘he does have something to offer’, which is all I wanted.”

So what’s next for MMU’s rising rugby star? Pre-season for the 2022/23 XVs season is looming and Jones says: “That tournament would have given him the confidence to now know he can play 7s. There are more levels, you know, you’ve got the national team there and if he keeps going, representing the university again, goes to trial again, he’ll get seen.”

And beyond that, a career as a professional is not out of reach for young Kellett, after hearing stories from other players at Bournemouth: “Travelling the world playing 7s doesn’t sound like a bad life so if that’s something I could get myself into, I definitely wouldn’t be complaining!”