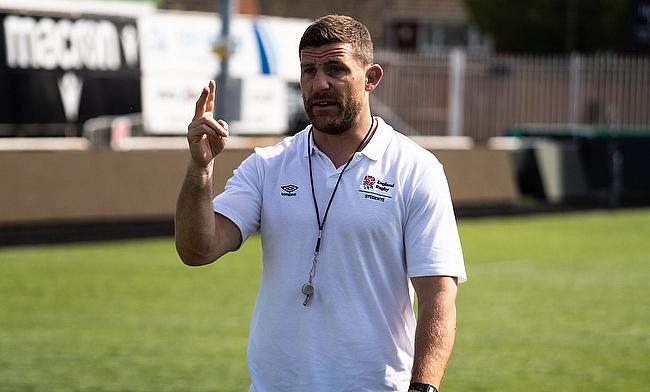 It has been just over two months since Mark Wilson announced that he was retiring from rugby.

Concluding a 12-year professional playing career spent with Newcastle Falcons, as well as a sole loan year with Sale Sharks, the 32-year-old saying it was the “right decision” for him.

Having started to make his way to Kingston Park from his native Cumbria at the age of 14, the former back-row made 237 games for Newcastle and 23 appearances for England, reaching the Rugby World Cup Final in 2019.

At the end of that week, Wilson and his family made their way to Gosforth to say goodbye to the fans that cheered him on every step of the way. Now on Friday afternoon, Wilson will be part of the England Students coaching staff as the team plays its first game in three years.

It has been 12 years since Wilson himself represented England Students, his time studying at Northumbria qualifying him for the programme.

All that time ago, Wilson played three games for the Students, including a Test against Portugal, a game with Ireland Colleges at Kingston Park and then a final game against France in Riom.

Teammates included future England Sevens flyers Phil Burgess and Tom Mitchell, whilst Worcester Warriors’, Will Chudley, was also in the squad, although the scrum-half’s name was published as ‘Chudleigh’.

Now embedded with this current group of England Students players, Wilson is hoping they will gain similar experiences as he did over a decade ago.

“I think the step up in demands and the quality of training and the demands of representing England, I think that is the biggest learning curve,” Wilson said.

“At university you can be a lot more relaxed, you are with your makes that you see every week and clubmates and you can settle into habits.

“You come into camp, and you have got to be at the top of your game, there is no gentleman’s agreement, everyone is going full noise, wanting to prove themselves and that they can play in the starting XV, and that is something that they will learn.

“We have got four days together, boys have got to get connected, know each other quickly and be ready to go into battle on Friday afternoon with France.”

Among those is Fred Davies, the hooker that captained Durham all the way to the Championship Final before losing in a thrilling game to Exeter University.

Davies is certainly one to keep an eye on after having signed for Pat Lam’s Bristol Bears for next season and is joined by four more of his Palatinate teammates.

Exeter are well represented too, with Keith Fleming having had three members of his squad picked up. Cardiff Met, Hartpury, Leeds Beckett, Loughborough and the University of Bath are also represented among the group.

Get two games for the price of one on Friday at Kingston Park Stadium.

In recent months with the rise of Tom Pearson at London Irish, as well as the continued prominence of both Alex Dombrandt and Luke Northmore, university rugby has had a spotlight shone on it like never before.

“There are some good athletes here, some very skilful players and guys who are on the verge of representing Premiership teams, whether that is being involved with Academies or otherwise,” Wilson said.

“You can see now that clubs are starting to cotton onto it [university rugby]. At Quins there is [Alex] Dombrandt and [Luke] Northmore and you’ve now seen how well Fitz Harding is doing at Bristol.

“Years ago, that is what we did at Falcons, we went to Durham and signed Simon Hammersley, Adam Brocklebank and Sean Robinson.

“It is certainly a breeding ground for talented rugby players, and it is great to see them coming into camp and to be involved with them.”

Having called time on his playing career, Wilson is now thinking about what the future may hold for him.

After picking up the phone to his long-time friend and former Newcastle teammate, Fearn, to take on this coaching role, Wilson says that life with the whistle has an appeal for him.

Having been exposed to the likes of Dean Richards, Steve Diamond and Eddie Jones in recent seasons, Wilson has been practicing his coaching with Ryton RFC in Durham/Northumberland Division Two North.

“For the last 18 months, especially coming back into Newcastle, I have taken a massive fascination in coaching,” Wilson said.

“Working under guys like Eddie [Jones], John Mitchell, Steve Borthwick, and then from my time with Sale and Newcastle, you study what they are good at, things that I have reacted well wo and it got to the stage where I thought this could be it for me.

“I know I have got so much to learn about coaching, but I have the same excitement that I had when I first started playing.

“I have a passion in people, trying to make them better and that is what I always enjoyed about being a teammate, that I wanted to be a good teammate, put in good performances and help the people around me.

“That is what I am excited about, and we will see what happens. I’d love to go back to Newcastle and coach, as I have got a passion for the club, but we will see.”

Playing France on Friday will not only be the aperitif for a Premiership Rugby game in Newcastle, it will also bookend a first university rugby season back after Covid-19 stopped rugby at that level for 18 months. 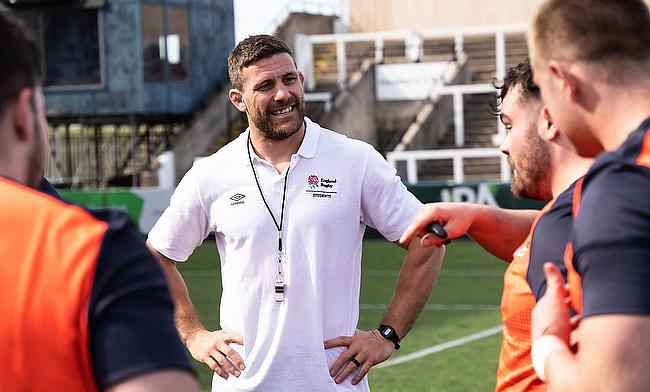 Mark Wilson says that he would
©Three2

As much as a win against France Universities, three years since the last Students game, is at the top of the agenda, more than anything else, their assistant coach is hoping to give his players the confidence to make the very most of their careers.

“The first thing is that we want to beat France,” Wilson said. “We spoke about that they are representing the England Students class of 2022. It is only one game this year, so they have to make the most of that opportunity, but also walk away with a feeling that they can go and achieve in the game.

“We spoke when they first came into camp about Dombrandt and Northmore, as well as Jack Kenningham, who was on the bench three years ago, and now he has played in a Premiership Final.

“I want them to leave with the confidence that if they put the work in now, beat France on Friday, and after that they have the belief that they can be one of those guys that can go and play in the Premiership and international rugby. That’s the biggest thing I want them to take from it.”