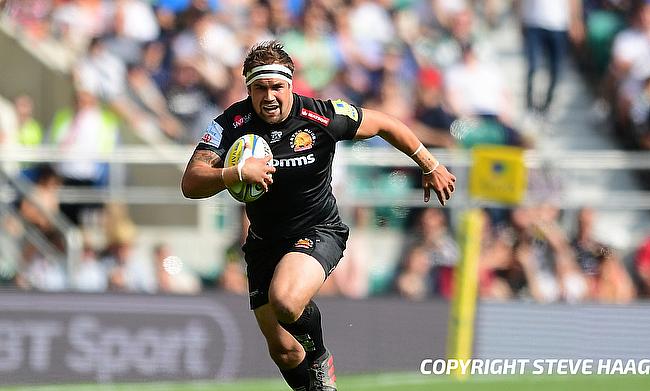 Ben Moon has been with Exeter Chiefs since 2008
©Steve Haag

Exeter Chiefs have confirmed that England international Ben Moon has penned a new long-term deal with the Gallagher Premiership club.

The 5ft 11in loosehead prop made his professional rugby debut with the Sandy Park outfit in 2008 and has racked up over 250 appearances since then scoring 11 tries.

“Obviously, I’m delighted,” said Moon in a statement released by the club.

“To be at one club your whole career is pretty rare these days. The fact it’s my hometown club as well, it’s brilliant, and I feel very privileged to be part of the Chiefs.

“Luckily for me, I’ve been part of a brilliant journey – one which I know has plenty of miles still to go. To be involved with this current group and those that we’ve had in the past, of course it’s very special for me.

"What we have achieved as a club, as a team, and as individuals, it’s take a huge amount of work and effort, but everyone has seen the results".

Moon started for Exeter in the victorious 2016/17 final which was also the club's maiden Premiership title and has played 174 games in the top tier competition. He also featured for them in four successive Premiership final appearances.

The 30-year-old made his international debut in November 2018 and has gone on to play eight Tests with his last appearance coming during the 2019 Six Nations.

“Coming through the academy, it seems so long ago now, but that was a great introduction for me. Initially I knew I would have to bide my time and make the most of my opportunities when they came along. Sturge (Brett Sturgess) was first-choice at the time, and rightly so, and I learnt a lot of him and others.

“Over time, though, I started to make my mark on things and I’ve played a lot of games. The key, I suppose, has been that the club is evolving all the time and as a player you have to be willing and ready to change and adapt certain part of your game.

“Those changes haven’t necessarily been too drastic, but what they have done is help us steadily develop season on season and put us in a position to challenge at the right end of the table.”