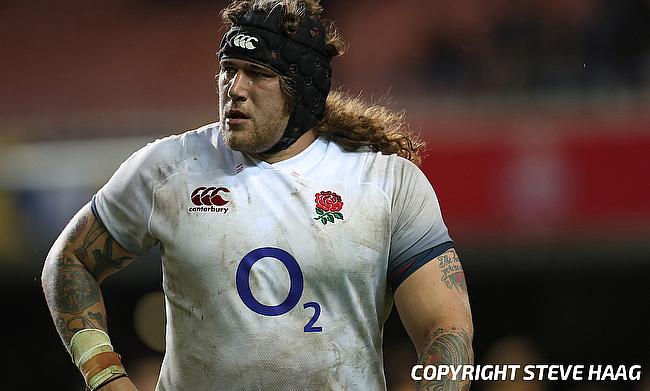 Exeter Chiefs have confirmed that England international Harry Williams has penned a new long-term deal with the Gallagher Premiership club.

Williams joined Exeter Chiefs in 2015 and has made close to 100 appearances including 71 Premiership games and has overall scored 10 tries. He also started in the 2016/17 Premiership final against Wasps which Rob Baxter's men went on to win for the first time.

“It was an easy decision to make,” said Williams to the official website of the club.

“I’ve been here five years now and I’m very happy down here. Ever since I came to the club, it’s been awesome and I’ve loved pretty much every minute of it.

“I knew when I left Jersey that I was moving to an ambitious club, who would bring the best out of me and challenge me in a testing environment. That’s been the case from day one, but I still feel there is still more to come from me.”

The 28-year-old also has represented Loughborough Students, London Wasps, Nottingham and Jersey Reds and went on to make his England debut in 2017 and has gone on to make 18 Test appearances with his last game at international level coming in August 2019.

“I think for everyone at the club, we’re not happy sitting on our laurels and just accepting that we’re going do this and that,” added Williams.

“As a professional, you always feel you can kick on and get more out of yourselves. Here at Exeter, everything is laid out for us and the club give us a great foundation from which to build.

“I’ll admit, when I first came here I didn’t really have any so-called affiliation with the club or the city. Now, it’s pretty much home for me and I’m looking forward to what the future holds.”