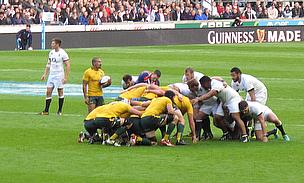 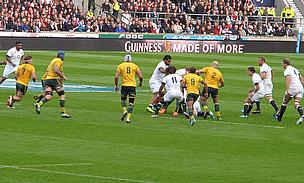 With only one day to go until the second round of the 2013 QBE Autumn Internationals, there is something for everyone this weekend, with ten matches in the northern hemisphere.

These include England’s second game, as they welcome Argentina to Twickenham, a repeat of the 2011 World Cup final, as France host the All Blacks in Paris and Wales host South Africa at the Millennium Stadium.

At the other end of the spectrum we have Romania v Tonga, Portugal v Fiji and Georgia v Canada.

England should be able to maintain their strong record at fortress Twickenham on Saturday afternoon.

However, Argentina are always a tough team to beat, with a strong, powerful set of forwards and a deep ingrained passion within all of their players.

The home side make four changes to last week’s team that beat Australia. Stuart Lancaster has introduced a completely new front row of Joe Marler, Dylan Hartley and David Wilson, alongside Ben Foden, who comes onto the wing, replacing the injured Marland Yarde.

Whereas, Argentina, who suffered a winless 2013 Rugby Championship season, will be without their motivational back-row Captain Juan Martin Fernandez Lobbe. Former London Irish number 8 Manuel Leguizamon will take on the role in his place.

There are five changes from the team that were comprehensively beaten 54-17 by Australia in the final game of the Rugby Championship.

Elsewhere, in Paris, we are treated to a repeat of the 2011 World Cup final as the World Champion All Blacks are back in the French capital.

After dominating the 2013 Rugby Championship and recording an easy warm-up win over Japan last weekend, New Zealand are looking as formidable as ever.

“Our attention is focused on seeing the most experienced All Blacks starting team ever, playing France.

“The French have had a horrible run this year, including a disappointing Six Nations and tour to New Zealand in June, but they love upsetting the All Blacks and will look to take on the World Champions at the set piece.

“New Zealand were patchy against Japan and, hence, the best team in the world has called in their experienced starters in an attempt to avoid a potential banana skin which could quash their attempts to go through the entire season without losing a game, something they haven't achieved since 1997.”

New Zealand have made wholesale changes to last week’s team that faced Japan, as they bolster their line-up with three All Black centurions – Captain Richie McCaw, Keven Mealamu and Tony Woodcock – in the most capped New Zealand side of all time.

Only McCaw, Dan Carter, Charles Piuta and Ben Smith keep their place in the team.

On the other side of the field French boss Philippe Saint-Andre has picked experienced campaigner Morgan Parra to play scrum half, alongside Remi Tales in the half backs.

The pairing will be the ninth different combination tried out by Saint-André since the 2012 Six Nations, as he bids to achieve his first win at the helm against the world champions.

On to Wales now and the men in red welcome the second best side in the world, South Africa, to the Millennium Stadium.

The game is set to be a thriller, as the Six Nations Champions prepare themselves for the punishing, physical, bullying style of play so well associated with the Springboks.

However, although the Welsh have named an incredibly strong side for the fixture, packed full of British and Irish Lions, they will have their work cut out for them with the Springboks in top form this season.

The Boks finished second in the 2013 Rugby Championship, taking the competition right to the wire with the Al Blacks, and will be looking to return to winning ways this weekend in the Northern hemisphere.

Unfortunately, though, for the Welsh the to-be debutant winger Eli Walker has been ruled out of the game just yesterday afternoon after suffering a hamstring injury in training. The Ospreys flyer was set to replace the also injured Alex Cuthbert.

Elsewhere, our man in the Southern hemisphere tells us his thoughts on Australia:

“Can the Wallabies break their winning drought this season?

“I say that Australia haven't been helped by playing the Springboks and All Blacks so often this year.

“Hopefully, for rugby's sake, they gain some confidence by beating Italy.

“They need to decide on a set team so that they stop chopping and changing; and they also are in desperate need of a captain to stand up and lead by example.”

Scotty went on to add that “another match of interest is between Ireland and Samoa.

“However, Samoa don't play together enough for my liking”, Scotty said, “but I have always been a massive fan of the way they play the game.

“They will be fired up for this match after the unfortunate passing of their legendary skipper from the 1991 Rugby World Cup, Peter Fatialofa.

“Obviously, in Ireland's favour they play at home and Samoa haven’t had much time together at all yet this year.”