Both New Zealand Sides Win Comfortably - Is there a Lack of Depth in World Rugby? 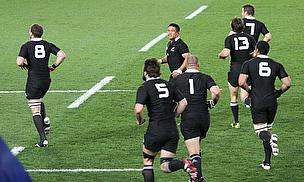 Both New Zealand Sides Win Comfortably - Is there a Lack of Depth in World Rugby?
©TRU

The All Blacks were far from convincing with their messy but one-sided victory over Japan 54-6 to retain the Raeburn Shield.

Elsewhere, the Maori All Blacks also recorded a comfortable 40-15 win over Canada.

The All Blacks fielding largely an experimental team scored eight tries against Japan, but lacked their usual clinical precision.

Most players from this All Blacks starting team won't start against France next week, but winger Charles Piutau did plenty to push his case for a starting spot with two tries.

Other players the All Blacks loose forwards were also impressive, while Ben Smith showed an improved performance at centre, although it is hard to read much into a win over Japan.

Some players who didn't help their future chances were Francis Saili who had a bad case of butterfingers, while Tawera Kerr-Barlow kicked too aimlessly and seemed slow at clearing the ball.

Beauden Barrett also looks better coming off the bench rather than starting.

We must realise that Japan is an improving rugby nation and they did beat an under-strength Wales earlier this year, so the All Blacks victory cannot be understated.

Fumiaki Tanaka, Shota Horie and Michael Broadhurst were the best Japanese players on the day.

I had never heard of the Raeburn Shield until now, but apparently the All Blacks hold this fictitious shield which goes on the line every time they play. It is a mythical shield.

The Maori All Blacks beat Canada 40-15 in the third match in the November International matches.

This team would probably only be the third or fourth best New Zealand rugby selection, so it is difficult to know if New Zealand has got great depth to beat a tier two type nation like Canada so easily away from home, or if it is a sad indictment on the lack of depth in world rugby?

There some major questions raised from the November International rugby matches:

1) Was it my imagination or were the in-goal areas massive in this test match? These were probably enhanced by the fact that most of us have watched Sonny Bill Williams slip and go dead in the tiny in-goals at the Rugby League World Cup.

2) In the England vs Wallabies match, surely the England try to Owen Farrell was a case of obstruction given that Stephen Moore was impeded. Is this biased refereeing to suit the local team and fans?

3) Should anything have been done about Mike Brown's foot being in touch in the lead up to England's opening try? I think even if it is outside the jurisdiction of a TMO, they should still be able to rule on it or talk to the referee.

4) Did anyone else see this happen? When Dan Carter kicked a penalty into touch, one of the Japanese players was standing about a metre or two in touch and jumped and hit the ball into the field of play.

Why was this allowed to continue when I thought it was from a penalty and this player was definitely in touch?

5) Has New Zealand rugby just got lots of depth when a third or fourth string equivalent team can easily beat Canada in Canada or does this simply highlight the lack of depth in world rugby?

6) Did Steve Hansen get enough answers after trying so many new combinations against Japan? Can you read too much into the performances of the All Blacks against Japan?