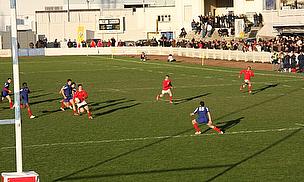 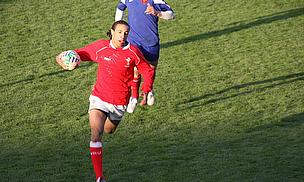 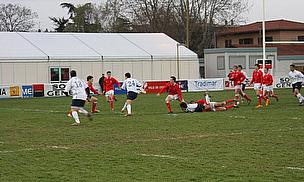 With the absence of injured winger Alex Cuthbert, Eli Walker is set to make his international debut on Saturday against South Africa alongside age-group team-mate George North.

The 21 year old Ospreys flyer, is the only uncapped player to wear a starting jersey as the Welsh tackle the Springboks this weekend.

Walker was selected for this year’s Six Nations squad; however, did not feature after suffering with a back problem.

A preceding operation kept him out of club action for the rest of the season and, as a result, he missed Wales’ two-test tour of Japan in June.

Walker told the BBC that "I worked very hard with the conditioners to get back for the beginning of this season and I am enjoying every moment of it.

"It all started with my hamstrings last season. I was rehabbing them and I came back into my first training session and pulled my hamstring again.

"I then had a scan on my back and found out that I had a bulged disc, which could have been related to my hamstrings.

"I had a small operation - they shaved a bit of the disc because it was pressing against the nerve that runs down your leg - and everything is fine now."

After an impressive start to the season with Ospreys, who currently sit top of the Welsh teams – third in the PRO 12 – Walker will take his place alongside the Lions’ North and full-back Leigh Halfpenny, in the Welsh back three.

Both North and Walker are well accustomed to each other, having played together for Wales at under-16 level in the annual Four Nations Championship, which was held in France that year – 2008.

Following on from this the pair played together again for the Welsh 18s, but then North skipped the 20s side to leapfrog straight into the senior squad for his debut against South Africa in 2010.

In the game North stood out, scoring a brace of tries on his debut at just 18, and team-mate Walker is hoping to follow suit.

However, the task on Saturday for the debutant is by no means an easy introduction onto the international stage.

South Africa are well renowned for their powerful, bullying style of play that is always a source of trepidation for the most battle hardened of rugby professionals.

Earlier today the Springboks unveiled their starting XV for the game, which had the surprise inclusions of experienced campaigners Jaque Fourie and JP Pieterson, alongside debutant prop Frans Malherbe.

Although, most importantly for Walker is the selection of world-renowned winger Bryan Habana, who take his place on the opposite side of the field.

The 2007 World Cup winner has over 90 caps for his country and 265 points, combined with the award for the 2007 IRB world player of the year and title of one the fastest men in world rugby (after even racing a cheetah); however, Walker maintained that he is “a finisher, I back myself against anyone on the pitch.
"I've just got to get my head down this week, work hard and look forward to the weekend.

"The senior guys around me in the squad have been great, saying it is about enjoying and relishing the moment because it goes pretty quickly.

"Obviously, you will be nervous at times, like you are in any rugby game, but it is about enjoying the occasion."

In addition to Walker’s selection for the squad, fly half Rhys Priestland returns to the starting line-up after an extended absence from the side.

He beat competition from Perpignan’s James Hook, who is amongst the replacements, and Ospreys’ Dan Biggar, who misses out on a spot in the match day 23.

Sam Warburton captains Wales from openside flanker, combining with two other British and Irish Lions in Toby Faletau and Dan Lydiate in the back-row, with Bradley Davies in the second row alongside Alun Wyn Jones

Cardiff Blues prop Gethin Jenkins will win his 99th cap and is joined in the front row by the experienced duo of Richard Hibbard and Adam Jones.

Wales clash with South Africa at the Millennium Stadium on Saturday at 17:30.