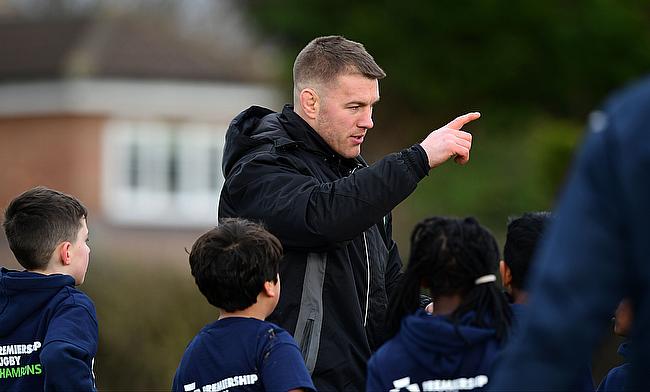 Sean O’Brien is one of the most decorated Irish players in the game.

Winning the Champions Cup and Pro14 on four occasions and being named 2011 European Player of Year does speak for itself.

The back-row also had moments to cherish on the international stage having being part of the Six Nations winning squad in 2015, but multiple injuries have unfortunately denied O’Brien the chance of gaining more honours for Ireland.

Indeed, a hip injury ruled O’Brien out of not only last season’s Pro14 final against Glasgow Warriors, but it also led to the former Leinster man missing the World Cup in Japan.

Having featured in the 2011 and 2015 editions of the tournament, it was a cruel blow for both Ireland and O’Brien, who is still yet to make an appearance for his new club London Irish.

Sean O'Brien has been ruled out of the Rugby World Cup in Japan.

Will miss six months after undergoing hip surgery in the coming weeks.

O’Brien watched on as Ireland failed to meet expectations in Japan at the end of last year as a stuttering run to the quarter-finals concluded with a humbling defeat against New Zealand in Toyko.

However, the forward, who has been capped 53 times by his country, feels the current Ireland side will use their disappointment to fuel a reaction in the upcoming Six Nations.

“I think you will see a lot of emotion,” O’Brien told TRU earlier this week. “There will be a bit of hurt coming into this weekend because I know the lads were disappointed after the way the World Cup finished.”

Ireland will also be embarking on a new era on Saturday afternoon. Joe Schmidt’s six-year spell as head coach of the national side came to an end after the World Cup and now former defence coach Andy Farrell is preparing to take charge of his first Test match as a number one.

After gaining a wealth of experience under the stewardship of Schmidt, as well as the likes of Stuart Lancaster at England and Warren Gatland with the British and Irish Lions, O’Brien, who has worked with Farrell for three years, believes he is the perfect choice to lead Ireland.

“He absolutely is the right man to be the number one moving forward,” O’Brien said. “He knows what it is all about. He is a great motivator and very knowledgeable about rugby and I am looking forward to seeing what style of rugby they are going to play.

“They have two new caps in the 23 [Caelan Doris and Ronan Kelleher] and that is exciting too and they are two Leinster boys as well. Their selection is very justified and it is exciting times going forward.

“I don’t think a whole lot will change under Andy, but it will take time to develop the way he wants to play.

“I certainly think it will be a bit more of an open game and more unstructured stuff. We will see over the coming weeks, but he has only had all the players for seven or eight days so in a mini camp and over a weekend, you can’t do a whole lot. It will be about implementing certain aspects of the game over the course of the Six Nations and seeing how we can develop going forward.”

Farrell’s first team selection since arriving in the hot seat does suggest a new beginning for Ireland. The uncapped Leinster starlet Caelan Doris has been named in the starting XV with British and Irish Lions, Peter O’Mahony and Robbie Henshaw, taking their place on the bench.

However, Farrell hasn’t drastically drifted away from the Irish status quo. Despite Ulster scrum-half John Cooney arguably being the standout performer in this season’s Heineken Champions Cup, Farrell has stuck with Conor Murray in the nine shirt whilst Johnny Sexton, with 94 international appearances to his name, will captain the side.

“He [Sexton] knows what it is all about so there is no better man to back,” O’Brien continued. “If he says he is going to do something, he will do it. He leads by example and on his day, he is one of the best in the world so I will be watching and hoping he does well. It will be exciting for him and he will relish the challenge of leading Ireland into a Six Nations campaign.”

O’Brien also jokily messaged Sexton to ask whether he could walk out as a mascot alongside his former club teammate, but he admitted he is ‘yet to receive a text back’ ahead of Saturday’s showdown with Scotland.

Here's the Ireland team to play Scotland in the opening round of the #GuinnessSixNations in @AVIVAStadium on Saturday.

With the Gallagher Premiership taking another break this weekend O’Brien will be tuned to Ireland’s opener, eager to see his nation get off to a positive start.

O’Brien, himself, is hoping to feature in England’s top division in the ‘coming weeks’ as his rehab from his hip injury draws to a conclusion.

The forward will be itching to pull on the London Irish shirt, especially after the Exiles secured an excellent 20-16 win against high-flying Northampton Saints last Friday night.

The victory lifted Irish up to 10th in the table, but following Saracens’ salary cap breaches, it means Declan Kidney’s side no longer have to worry about the threat of an immediate return to the Championship.

However, O’Brien admits the club have only ever been focused on themselves.

“What we had spoken about was putting in a good performance and the boys did that. I think they applied themselves really well and it will definitely give us a bit of confidence going forward in the next round of the Premiership. A win like that certainly places us in a bit of a happier mood compared to the last two weeks.

“Obviously, what’s gone on at Saracens has happened but we have just continued to concentrate on ourselves going forward to make sure we are in control of our destiny in the Premiership. It all about us regardless of what is happening and we just want to focus on where we want to go as team.”

O'Brien was speaking at a Premiership Rugby Champions event, which is an interactive curriculum-based app developed by teachers, for teachers, and aimed at inspiring primary school children to be active whilst developing important life skills.

"I think it is brilliant for the community, the area and the development of rugby as well as educating teachers as well about the curriculum for this type of programme," O'Brien added. "It is exciting and it is exciting to see the kids and the smiles on their faces so it is nice to give back to the local area.

"Days like this are something I enjoyed doing back home and I still enjoy it to this day so it is important for the development of rugby. These programmes are vital if we are to keep moving forward."

For more information on Premiership Rugby Champions, visit https://www.premiershiprugby.com/community/premiership-rugby-champions/ and download the app.