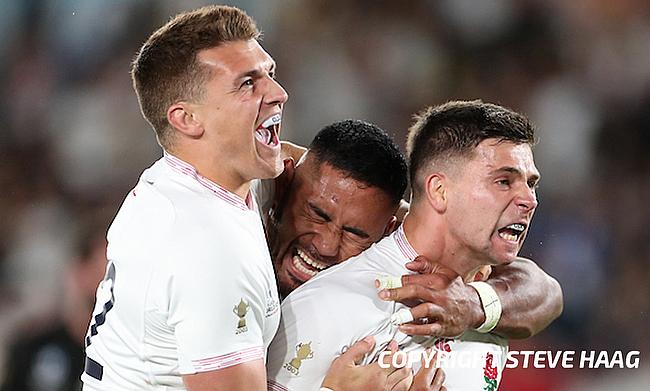 Amazon Prime Video have stepped up their innovation for the Autumn Nations Cup with the introduction of PostCAM.

PostCAM will feature eight custom cameras to capture close-up shots of the goal line to help the viewers gain a better experience of seeing the game.

The new broadcast innovation will be installed at Twickenham for all of England’s home matches, including England v Ireland, and will be delivered to the Parc y Scarlets stadium in Llanelli to bring fans at home an up-close experience of one of rugby’s greatest rivalries: Wales v England. PostCAM will broadcast all of the drama and emotion from along the try-line, including inside and outside of the goalposts, offering a fresh perspective on competitive international rugby. Prime Video will use PostCAM footage in both live and replay coverage throughout the test matches, allowing the fans at home and the pundits in the studio to analyse the sport like never before.

PostCAM consists of two 1080p 3G POV minicams installed at the in-goal side of each goal post just below the crossbar, with eight cameras in total. PostCAM operators will remotely pan and tilt the cameras for maximum coverage, offering dynamic match footage that is in-sync with the action.

“With fans unable to get into the stadium, we’re delighted to be able to offer a new way to bring them closer to the action.” said Alex Green, MD Prime Video Sport Europe. “PostCAM will give rugby fans a brand-new perspective on the game that they love – and we think the Autumn Nations Cup is the perfect launch pad for it.”

In addition to immersive camera angles, Prime Video’s Autumn Nations Cup coverage will combine the natural sounds of each stadium with additional crowd atmosphere, as well as the all-important referee microphone to keep on-top of the latest calls. Customers will have the option to disable this added crowd atmosphere on all devices if they prefer to listen-in to the players’ on-pitch instructions.

Prime Video’s main coverage of Autumn Nations Cup matches will offer a full afternoon of action every matchday, with games taking place consecutively on a single stream, allowing fans to keep watching without having to switch channels to view the next fixture. Simply choose “Autumn Nations Cup” from the Prime Video home page and select “Main Coverage”.

For this main coverage stream, there will be 45 minutes of build-up ahead of the first match looking ahead to the day’s action, extended to a full hour during Finals weekend. Following the final match of the day, Prime Video’s pundits will dissect every tackle and try before looking ahead to the upcoming fixtures.

For fans wanting to tune into specific matches, these individual programmes will be viewable in the Autumn Nations Cup section of the Prime Video app and will display their match start times. These match streams will begin in-line with the main coverage start-time or following the final whistle of the previous match that day.

At the end of every match-day, in addition to the live coverage, Prime members will be able to watch a one-hour highlights show, which will be presented by Ross Harries and Ayo Akinwolere.

Fans will be able to select clips of major incidents during the match, to re-live the glory of a try or analyse what went wrong with their defence. For those fans who cannot watch the action live, Prime Video offers short highlights, 10-minute highlights and full match re-runs on-demand shortly after the final whistle.

All on-screen presenters and pundits will be positioned in a purpose-built studio located at a safe distance from the pitch.