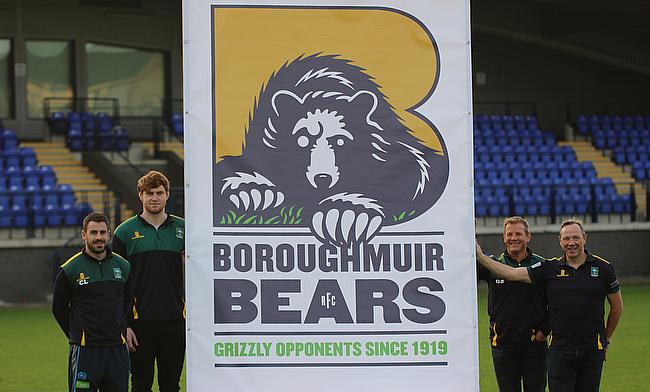 Gibson loving life in Bahrain as his coaching journey begins
Scott Lawson RWC column: “Japan were outstanding”
Super6 in Scotland on the horizon
Scottish qualified players set to head north to be part of Super6

In the long-term, the new-look FOSROC Super6 competition will encourage up-and-coming male Scottish rugby players to stay north of the border “rather than going to the English Championship or to France and Italy”, according to the competition’s head of on field development Sean Lineen.

We are now just days away from the start of the inaugural season in the semi-pro league which kicks-off when Boroughmuir Bears play Stirling County at Meggetland on November 8.

As well as the Bears and County, the Ayrshire Bulls, Heriot’s, the Southern Knights and Watsonians are the other teams involved in the league, brought into being by Scottish Rugby, which will sit between the Guinness PRO14 and the domestic Premiership.

The Premiership, the top amateur league in the country, is made up of 10 teams and is already a couple of months into the campaign.

Over the last two years or so, Super6 has been the most talked about subject in rugby circles north of the border, especially since the franchises were awarded to the six clubs with, for clarity, the Ayrshire Bulls representing Ayr and the Southern Knights representing Melrose.

The six playing squads of 35 players each - including five FOSROC Scottish Rugby Academy Stage 3 players assigned to each club - were confirmed a few weeks ago and with 30 SQ [Scottish qualified] players either new to Scotland or coming back for the competition, Lineen is excited for things to get underway.

“I would like to look at Super6 in comparison to what you have in New Zealand,” he told TRU.

“There you have the All Blacks, then Super Rugby and then the Mitre10 Cup competition and now in Scotland we have the national team, the two pro teams playing in the Guinness PRO14 and in Europe and then the Super6 as that third-tier competition.

“It should be a competition that aspirational youngsters and the better older players who may flourish later in their careers want to play in to test themselves against each other and against Welsh opposition when the cross-border competition comes around [in April and May].

“We want the best young players to be challenged by the Super6 and we want them to stay here in Scotland rather than going to the English Championship or to France and Italy.

“The right ones may go elsewhere [like Scottish Rugby partnership club Stade Nicois], but we only have two pro teams here and we have to make sure that we have a Super6 competition which helps a wider pool of aspirational young players develop.

“We have had regular meetings with the six clubs in a working party to look at everything from ticketing prices for away fans to the make up of the squads and speaking to some of the players who are going to be involved, there is a real buzz about this.”

Could the Super6 competition grow into being something for full-time players?

“That would be a long way down the track,” Lineen admits.

“At the minute the players are part-time pros, we would like to see that grow, but for now we have to let the rugby do the talking out there on the pitch.

He will play for @AyrshireBulls in the @Super6Rugby this year, find out more about @FosrocUk @Scotlandteam Academy Stage 3 player @MarshallSykes10 via my piece from back in May for @TalkRugbyUnion https://t.co/nnCJtYZwFN

“The coaches are full-time, so they are working closely on man management and the coaching on club nights is almost the easy part for them, over and above that they are doing a lot of planning and they are working on individual player plans which takes a lot of work.

“A lot of the players have jobs or they are at university or college so the head coach at their club will help them to balance their commitments.

“Is it [Super6] perfect? Not yet, but we will certainly learn about what is working and what isn’t by the end of the first domestic competition which runs from now until March.

“As I say the working party meetings have got through a lot of things and there has been a lot to get through, but the energy that people are putting into this has been incredible.”

The FOSROC Super6 gets underway on Friday, November 8 when Boroughmuir Bears play Stirling County at 7.30pm